Realtime Gaming, often shortened to RTG by players, is arguably thought of as a game developer by most people, but they are actually a full service provider offering turnkey solutions, backend development, customisable software, and even start up advice for those new to the industry.

Especially popular with American players, RTG are a well known name in the UK too, and you will find their games at many different sites including favourites like Cash bandits, Bubble Bubble, and the Three Stooges Series.

They aren’t solely focussed on the Western world though, and even have a sister company set up in 2008 to serve the Asian market. The trends are different from one country to another, so it makes sense for them to work in this way. It also means they have an excellent selection of Asian themed games that cross over.

The company have been around since 1998, which is practically prehistoric in online casino terms, although historically some of their casino clients haven’t exactly behaved themselves, and RTG’s reputation suffered as a result.

The company themselves though have always been highly regarded in terms of content, and we will explore this and more below.

What do Realtime Gaming Do?

As mentioned, there are multiple facets to RTG’s business, and much of their success lies in their multi-channel delivery capabilities.

However, since it is their games that the majority of people will likely be interested in let’s cover them first. 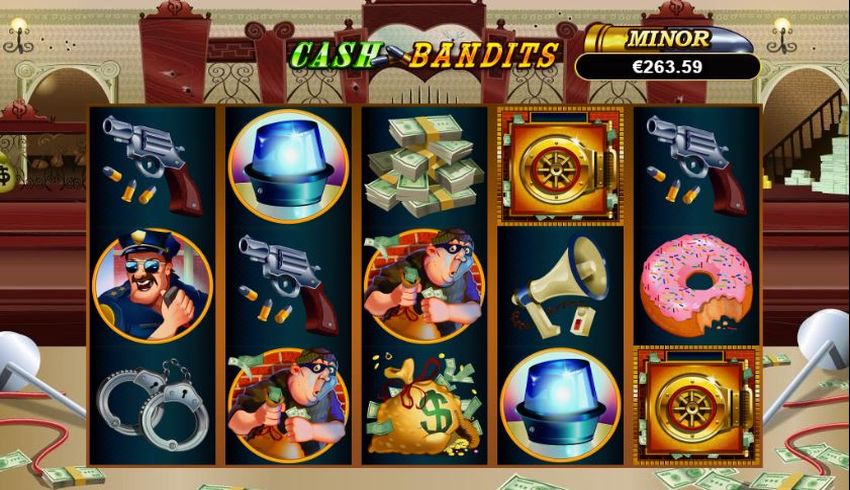 Although primarily consisting of video slots, RTG do make a few RNG based table games as well – mainly roulette, blackjack and keno. They were also a big name in the video poker world.

Their slots are fairly easy to recognise as they have an old school feel to them in terms of the graphics. To be clear, this is a style choice rather than an inability to keep up with the times – not every company needs to be releasing 3D or Pixar quality content.

That said, they are starting to explore more modern styles in recent years, but the majority of their 300 strong catalogue was released in years gone by.

RTG are a funny company in some ways because they are difficult to pin down as a game developer.

Yes, they make a lot of Asian themed games, but not so many as to call this a speciality. 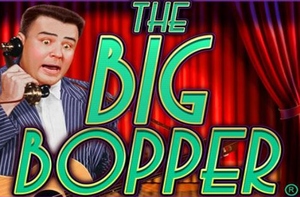 They cover a wide range of themes and also provide 3 reel titles alongside the more typical 5 reel, but you wouldn't specifically call them a 3 reel developer.

They have been known to license branded slots too, such as The Big Bopper, Ritchie Valens La Bamba, and Fire Dragon, part of their Jackie Chan series; but again, this wouldn’t be classed as a distinctive feature of theirs in the same way it would for someone like Playtech.

What their games do all have in common though is entertainment value in spades. Some may even contain the following features which show RTG’s player focussed attitude:

Another thing about RTG games is that you can usually play them for very small stakes, so anyone who likes lower volatility gameplay will be well served by this provider. 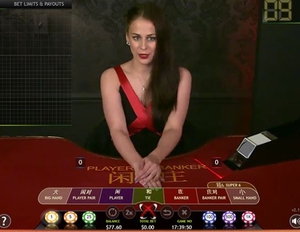 Not many players are aware of this but RTG do offer live casino services as well.

However, finding a casino in the UK that uses them would require Sherlock Holmes style investigative skills, so perhaps they are more popular as a live casino provider in other territories.

Nevertheless, it is a service they provide, and although it doesn’t have the same depth of the likes of Evolution you can still expect to find at least a few tables of the staple live casino games such as roulette, blackjack, and baccarat.

They also promise all dealers will be “friendly and attractive”, which is a little last century in its wording but is something many customers would appreciate nevertheless. 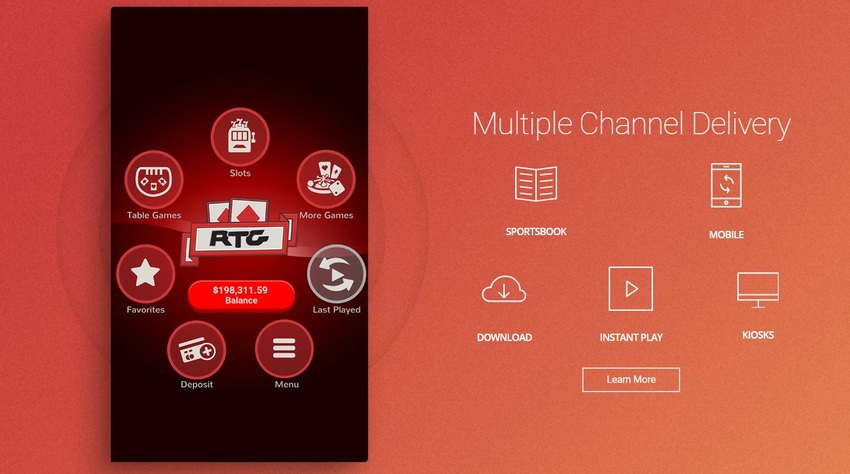 This is a real strong suite, but also where RTG’s issues have come from in the past, because they have considered themselves to be responsible only for providing a quality product, and not at all responsible for what their customers do with that product.

These days, most casino software providers (those who sell/license casino platforms to operators) will only work with casinos who agree to act responsibly so RTG are the odd ones out somewhat in this regard.

Still, their product must be good because plenty of casinos use it; it’s just that whereas a player who finds a Microgaming casino, for example, might take it as red that the casino is a good egg, players who come across an RTG powered casino should probably check out the specific casino brand before assuming they are 100% trustworthy.

As a B2B (business to business) company they are extremely flexible though, allowing their clients to be as hands on or off as they require. RTG operators can even adjust the RTP for the games in some circumstances – although again, this means you can’t be sure the same game at two different casinos will have the same payout percentage.

If a full turnkey solution encapsulating payments, marketing, platform, content, and even training and development is required then RTG can provide it. But there is plenty of room for customisation and for the casino operator to get their hands dirty too, and RTG have their own in house art team for personalisation of off the shelf products and features to make them brand specific.

The backend tools and analytics that operators can access provide essential business intelligence using over 50 reports with visual representations covering everything from player engagement, affiliates, conversion rates, bonuses etc. Data on individual players can be filtered by sign up date, last played date, game preferences, deposit amounts and a lot more too, so operators can almost forensically examine their business.

It goes without saying that all of their games are available as instant play on mobile or desktop, but RTG still allow downloads of many of their products, which is another quirk of theirs. 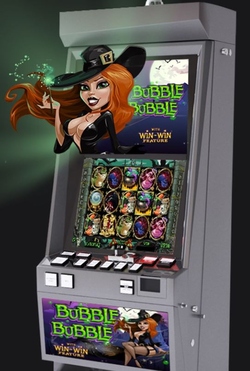 Oddly, although perhaps not for this company that seems to do everything a little differently, RTG also produce real world gaming cabinets or kiosks despite this not being where their business originated.

Usually, developers who produce gaming cabinets were around long before the internet and have simply continued this side of their business while also building their online presence; but RTG got into the physical machine game as a side-line, providing internet based machines to real world casinos, internet cafes, and other places like that.

Security on their cabinets is state of the art and the responsive design is fully integrated, plus, the machines can be customised based on where they are shipping to.

This means they can be tailored to take a number of different currencies, operate using different languages, and even utilise attractor loops when idle that show content specific to the place they are located.

The same goes for player specific content during play time.

This, alongside the fact they contain many of RTG’s best performing games, makes them extremely attractive options for clients.

It may not be a large part of the company's operation but it is another example of how RTG are happy to dip their toes into lots of different watersand cover the whole of the market whether here or abroad. 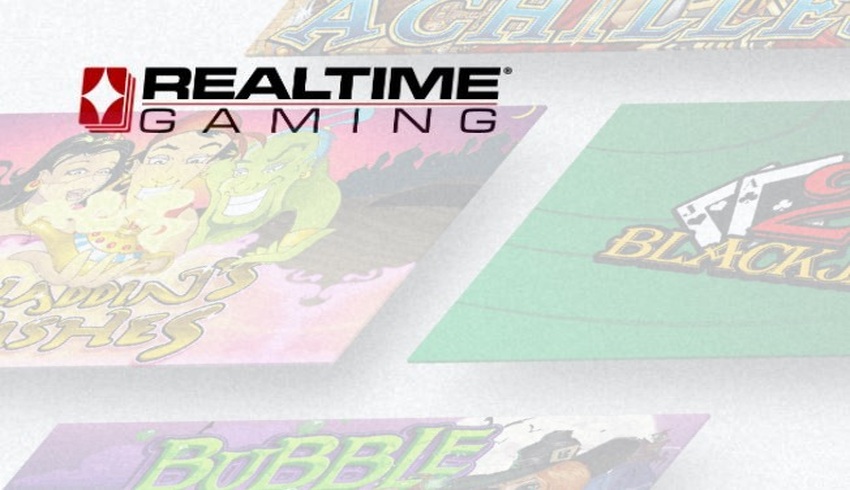 Atlanta, Georgia is where Realtime Gaming began life, way back in 1998. That makes them one of the veterans of the online casino industry, and they have seen many changes and weathered many storms in that time.

They have something of a chequered past as you will see, being willing to work with operators that other platform providers may perhaps choose to stay away from, but RTG themselves have always been a reputable company even if some of their customers haven’t.

They probably wouldn’t be considered trail blazers anymore, but there was a time when RTG were at the head of the line for innovating within the industry. For example they were one of the first companies to offer linked progressive jackpots, and also to allow multi-player poker.

In 2007 the company was bought by Hastings International, part of the HBM Group, and their HQ moved to Costa Rica. Their only license comes from nearby Curacao. Things behind the scenes get a little blurry from this point on, as they always do when big faceless corporations get involved, but it is thought the reason behind the big change was the USA’s regulatory changes at the time.

One thing that hasn’t changed though is the company’s commitment to hiring the right people. This is a strong ethos of theirs, believing that investing in the best talent will produce the best results.

Interestingly, the company’s founder, Daniel Schultz, has gone on to found another online casino software provider in Leander Games. 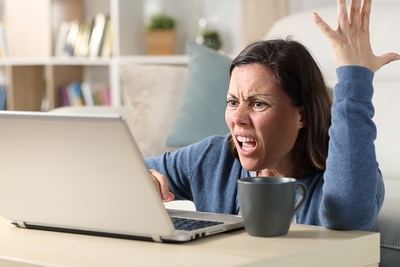 RTG have always previously classed themselves as a software developer only, with no involvement when it comes to licensing and regulation.

Many have called this out as a lazy way to avoid responsibility when their casino partners go rogue – and many of them have – and this has led to RTG’s reputation being tarnished somewhat.

It speaks volumes though that the company has managed to grow and remain in the big leagues despite the negative headlines.

There have been a number of stories in the news, such as that of Crystal Palace Group, one of RTG’s biggest operators in the noughties. Crystal Palace’s casinos received many complaints, most stating the casinos were refusing to pay out especially when bonus funds had been used. The owner of the group, Warren Cloud, died suddenly in 2008 of a heart attack aboard his yacht, he was just 34 years old.

The biggest controversy though involved a player who won almost $1.4 million while playing one of RTG’s games, Caribbean 21, at two different casinos. Both sites were powered by RTG software, and accused the player of cheating and refused to pay.

RTG’s standpoint was that they were simply a software provider, but they eventually did have to take action and reduced the game’s max bet to $5 before quietly taking it down altogether. The player in question apparently settled out of court for an unknown sum.

These days things are looking up for the company, and they have even begun working within the B2G (business to government) sector, where state owned or controlled casinos are considered. RTG can customise their offering for whatever rules and regulations are in force at the country in question.