Microgaming are one of the oldest, biggest, most experienced and hugely resourced casino software providers in the world. They have been going since 1994 and hold the crown of creating the world's first online casino, ultimately changing the way we play casino games forever.

If you are looking for a single software package to play with then Microgaming must be in your top three choices, alongside Playtech and NetEnt. Based in the Isle of Man the company have a strong connection with the UK but also a global outreach that other providers would crave. They offer players every type of casino product you can imagine with over 850 unique titles and over 1200 if your include variations.

Microgaming also specialise in delivering licenced products associated with top brands and film franchises. The company produce tons of new titles each year and they don't mess around either, almost every new game we have ever played has been bug free from day one. Read more below in our Microgaming guide.

Microgaming have far too many games titles to go through individually. They have developed some of the most recognisable titles in the gaming industry and are renowned for licensing and developing brands such as Batman, Terminator and Jurassic Park.

Games are available through flash and HTML5 with some of the best graphics available, although with Flash being wound up at the end of 2020 any games not updated to the newer software will fade away. The real selling point is games are developed from scratch to give the user the best experience, this means all titles tell their own story and are optimised to fit the theme.

Considering the depth of product at Microgaming the quality is astonishing. The games look amazing and are always getting better. As the titles are optimised to get the best out of the latest tech some games can occasionally seem slow although remember you can throttle back game graphics to get the optimal function on your device.

Microgaming casino games are now offered by nearly 500 individual casino brands, this tells you they are seriously good at what they do. Below are some key facts about Microgaming games and products and a screenshot from the Microgaming site of their own select creations that they are proud of.

The Microgaming instant play casino offers around 600 games in total featuring 450 slots, 26 versions of Blackjack, 10 roulette games, 10 live casino games, over 20 poker titles as well as other table and feature games.  Microgaming also have a selection of high limit blackjack and roulette games.

A real draw to Microgaming are their tournament games.  These change regularly and offer some fantastic prizes for the top ten players.  These games have different time periods (daily to monthly payouts) to suit all types of players, on any given day there will be at least two or three tournament games that will pay out.  These are all themed with the usual microgaming style with each individually developed to deliver a bespoke gaming experience.

If you would like to see more game break downs visit our favourite Microgaming specialist casino, 32Red. They offer games from other providers too but their relationship with Microgaming is well established.

With over 40 progressive jackpots Microgaming casinos are the place to go if you want that chance to win big.  Their Mega Moolah game has already smashed the online casino jackpot payout record several times and I'm sure in the future it will do again. They have the worlds largest progressive jackpot network and have paid out not far off £1 billion to date.

Here are some of Microgaming's top jackpot games with average win amounts:

Quickfire is Microgaming's own platform for independent game makers.  It allows smaller developers to get their content out to a vast array of casinos on multiple platforms.  It is also used by operators who want access to some of the microgaming network but in a customised configuration.

When you see the Quickfire logo it means you can access to some or all the Microgaming catalogue plus games from their development partners.

This single integration is now very popular and it has become more common to see the Quickfire brand instead of that of the parent company.

The Quickfire games also keep the Micrograming portfolio more varied and edgey, something that developers find difficult as they grow into bigger corporate entities. 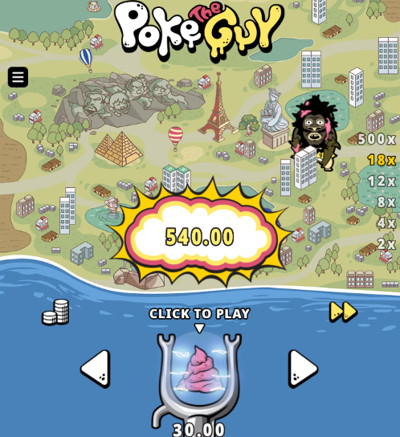 Microgaming are a company that are very open about their design methods and this is very reassuring for players. The company develop games in many languages including NET, C++, C#, Java, Flash (although no longer) and HTML5 for all types of operating systems and devices.

Games are optimised to get the best out of high end machines and internet speeds but each game has a build in throttle that allows games to be played on almost any type of device and speed of connection with reduced graphics. Basically allowing you to play all of the games all of the time no matter where you are or the hardware you are using.

The Random Number Generator (RNG) that controls all the gaming logic was developed over a decade ago now and has won tons of awards. It has been checked and refined into one of the most trusted and reliable you will find by world leading independent testing agencies.

The Quickfire facility was a unique in its design when it was launched. The system allows third party casinos and developers to integrate leading titles on any platform. This means players can play leading Microgaming titles with hundreds of sites, not just those that host the entire software package.

There is no shortage of talent working at Microgaming, you can see this from the sheer number of quality titles they produce, more than anyone else. The company are also leaders in responsible gaming, they were founder members of eCOGRA which they co-founded back in 2003 and this has now become the most trusted independent body in the gaming industry.

Back in 1994 very few companies were interested in online gaming with all software providers at the time making games for the tried and tested fruit machine and fixed odds betting terminal markets. Microgaming decided to tackle the brand new idea of creating games for virtual casinos based on the internet and it seriously paid off.

In it’s early days the company grew slowly, few users had good enough internet and machines to get the most out of online casino and with a small user base it was initially difficult to get traction in the market.

To begin with Microgaming ran their own in house online casino, they claim this was the first, although that is difficult to confirm.

After a year or so doing this Microgaming changed their business model which in turn changed the future of how online casino games are delivered. Rather than making games and running a casino the brand decided it would focus on developing games to licence to others. In 1996 they binned their own casino and issued their first of many licences that eventually earned them the prestige of being a leading software provider for online casino sites.

The following year in 1997 Microgaming set up the Interactive Gaming Council (IGC) as the founding member. This body still exists today championing fair practice and responsible gambling in the industry.

By 1998 Microgaming had moved up a gear and released their first progressive jackpot title, networked with a series of casinos that game, Cash Splash, offered players a way of winning a bigger jackpot than would be possible through a single casino game. This started a trend that is now common with procreative jackpots now being one of the biggest draws to online casinos. In the same year Microgaming also launched a new software package giving customers a choice of playing online directly or through a download.

By the new millennium Microgaming were making a name for themselves in the fledgling virtual casino industry. In 2001 they released a multi-language software taking the brand into further markets, this coincided with their first of many awards as software provider of the year form the Casino Player magazine.

The awards kept on coming and the brand kept on growing with further recognition from Gambling Online and Gambling Express magazines. In 2002 the company also set a new world record for the largest jackpot payout with one lucky player winning ~£1.2 Million through their Major Millions slot game.

Poker was the next sector that was conquered by Microgaming introducing new software in 2003 and 2004 that significantly enhanced online poker. At this time they also joined e-Commerce and Online Gaming Regulation and Assurance (eCOGRA) as a founding member.

Microgaming ultimately managed to retain their place as a top software provider by constantly and consistently producing new high quality games and pioneering features. This included adding live dealer games to their portfolio. Over the years this provided more and more awards for the company and the industry and players alike recognised the software as a well-managed and hugely innovative provider. Today there are more Microgaming only casino sites in the world than any other single software provider and that should tell you something.

By the end of the first decade of the 21st Century Microgaming produced their first 100-line slot games and these titles proved hugely popular with users. They also set another new world record in 2009 with a progressive jackpot win on Mega Moolah, the winner picked up in the region of £5 Million. They were now the biggest software provider around with over 400 games available through download and 200 flash based titles that could be played through your browser.

In 2017 Microgaming was installed as an entity under a holding company called Apricot Investments Limited, this is basically because the company wants to grow into other markets where they don't want to use the Microgaming name.

Microgaming simply never stand still, if you want to see what other software providers will have in the future then play with Microgaming today. The company have recently been changing many of their older titles and are releasing new titles in HTML5, moving away form the crash and bug prone Flash which was phased out in 2020. The brand are also moving into virtual reality gaming integrating and releasing games for new headsets and devices.

Looking for a software provider with great titles, very fair return to player, innovative features and top quality design? You won't get any better than Microgaming. 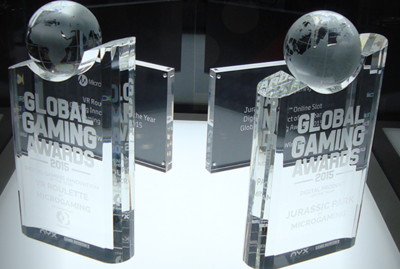 Microgaming are one of the most recognised software providers for virtual casino games, they have consistently won awards almost every year since their inception. Considering they are constantly driving the industry forward with new ideas and features I expect the awards to continue for many years.

Email: This email address is being protected from spambots. You need JavaScript enabled to view it.