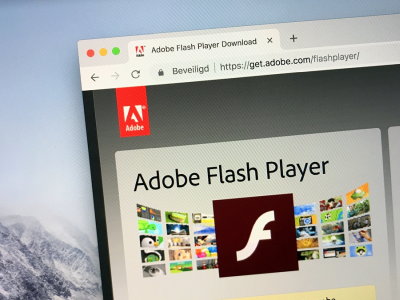 The online casino industry has always needed to stay on top of developments to technology and software to be able to deliver the best possible gameplay experience to its users, especially with more and more becoming drawn towards mobiles and tablets.

Also known as Shockwave Flash, Adobe Flash is used on a plethora of online platforms especially for displaying multimedia content, in particular videos, animations and numerous other graphics; though most relevant to the online gaming industry; games.

Perhaps one of the key features surrounding Flash software is the fact that users were able to enjoy this without having to download any kind of software. Graphics were displayed very aesthetically visually and it was particularly convenient for customers to use, particularly while they were ‘on the go’.

However, when mobile technology and the way that mobiles were used by consumers changed, it emerged that most Flash technology became redundant and in a lot of cases, incompatible.

One of the biggest problems with this technology was that hackers were able to gain easy access to customer’s computers and private details, so effectively, vulnerabilities were subsequently exploited. The biggest issue was that, browser developers were creating their technology to be compatible with Flash technology, which made it easier for hackers to gain access to remote computers, such as mobile phones. When this was then leaked to the media, it got even worse for the technology.

Due to this, a number of browsers pulled out of enabling Flash as an extension, including Google and Mozilla as other safer and more reliable alternatives emerged. However, this doesn’t mean that you can’t use Flash on these browsers. The upshot was that customers now had to choose whether they wanted to use this software, with the browsers giving users the option to ‘Run’ the Flash software if they were still sure they wanted to.

The obvious reason why Flash has become gradually redundant, especially in the online casino industry, is that it was developed primarily for desktop use, before mobile popularity became prevalent, particularly in online gambling.

It is predicted that by the end of 2020, Flash will cease to exist completely, overtaken by a more sophisticated and crucially, more secure software platform that is compatible for mobile phone devices.

HTML5 and its true beauty

HTML is essentially the standard and basic coding language, (meaning Hypertext Markup Language) and has become the ‘go to’ choice for many industries, particularly online gambling.

With the considerable popularity increase to mobile gambling, online casinos were quick to recognise that they needed to solve the problem of security revolving around the current Flash software that they used.

As a result, HTML5 was developed, particularly for use in this industry, which enabled users to enjoy their mobile gaming experience without having to worry about whether their devices would be hacked or not.

One of the key benefits of the software is that it enabled customers to be able to access online casinos easily through a web browser with the site optimised for mobile phone users perfectly.

HTML5 is now standard among online casinos with their developers well versed in the nuances of the technology and the effects that this has on the seamlessness of the gameplay experience for users.

There are considerable advantages for those playing slot games, especially video slots, with the graphics, far and away much better than Flash technology, without the added stress of customers having to worry about being hacked. On mobile the difference is especially amazing, particularly when considering the advancement in video slot content and ideas, which is debatable whether this would have been possible using Flash software.

What is arguably a major appeal for online casino players in relation to HTML5 is that they do not have to download the software in order to enjoy online slots and video slots. Not only is security a big factor for casino players, but also efficiency and convenience as well.

Players do not want to have the added step of having to wait for software to download before they can start playing, which is why HTML5 has become used by almost every single online casino in the world.

It may not be surprising however, into the 2020s to see the biggest casino operators start to produce technology that not only rivals HTML5, though is also better. Already most major operators have apps, which no doubt use this software, though also negates the need for customers to open up an internet browser and search their casino of choice.

As many different companies in the industry strive for a competitive edge over each other, there is no doubt that those with the resources to use will develop their own technology in house and then either patent it, and or licence it to competitors to use.

In particular virtual reality (VR) gambling could be one such niche that competes with HTML5 due to the fact that this is not only increasing in popularity, but also is starting to make an impact in other industries - it may just be a matter of time before this is unleashed on the online gambling sector in a more widespread style. 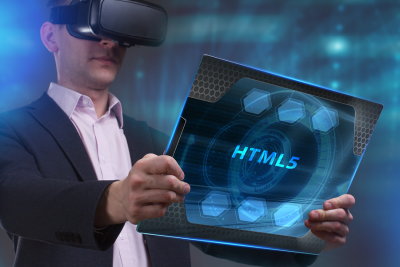 This is perhaps one of the most intriguing questions that have to be considered in this industry. As mobile gradually becomes the device of choice for players in the industry, there is no doubt that online casinos will focus more and more on creating slots and games that are not only compatible with mobiles, but in fact are made exclusively for particular mobile phones, in accordance with the technological features that are available to their users.

That is certainly a development to watch out for because that would effectively shake the entire industry up - whether gambling regulators will approve this is another matter, however, the potential for such moves and changes in this industry in relation to software and user experience is seemingly unlimited. Flash was basically gone - quick as a flash.