Why You Should Play French Roulette

An awful lot of people enjoy playing roulette. It’s one of the most frequently played games in bookmaker’s shops and pubs etc. too. Basically, if there is a game machine with roulette available then there is a strong chance you will see the person using that machine opt for roulette at some point.

When it comes to online casinos though they usually offer at least ten or so different variations, and often players will just click on them willy nilly without really looking at the differences between each version.

This is a mistake.

Online roulette variations are legion, and developers have come up with all sorts of ways to mess around with the game in order to offer extra features, or more immersive gameplay, or whatever it might be.

These often come with a penalty to the RTP, but if you don’t do a little bit of research you would never know that, so you could be playing a game that gives you less chance of winning and not even know about it.

So not all roulette is created equal, but there is one variation of the game that is a cut above the rest, and it is one of the oldest variations in the world.

If you play this game you are giving yourself the very best chance of winning, and clawing back some of that all important house edge from the casino.

That game, is French Roulette.

What is French Roulette? 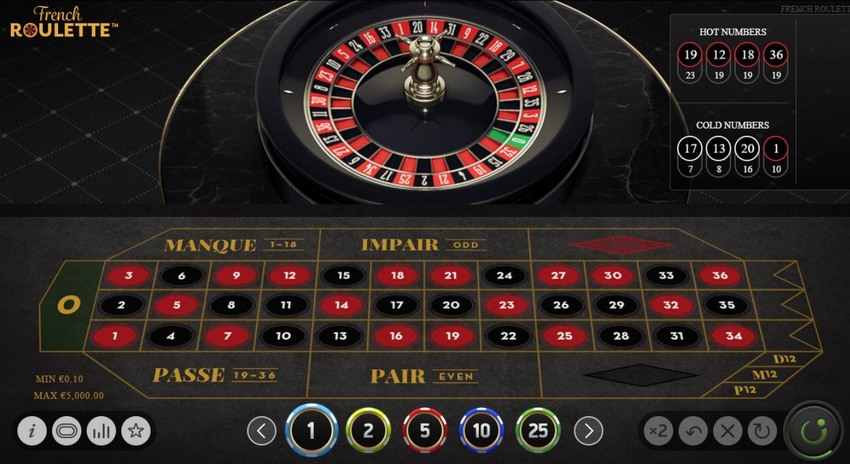 It’s understandable that people might not know about French roulette as it isn’t widely offered.

There’s a good reason for that which we will come onto shortly, but knowing about it and being able to pick it out from the crowd of other roulette games on display will keep you best placed for optimising your play sessions.

The game itself is not much different from European roulette, in that it only has a single zero and 36 other numbers on the table.

The game is played in the exact same way with players placing their chips on the betting area before the dealer calls “no more bets”, spins the wheel, and releases the ball.

The bets and payouts are all identical too.

You will notice an immediate difference in the table layout though.

First of all the writing on the felt will be in French, which shouldn’t be too surprising given the name, but the shape of the table is also different. This doesn’t really serve a purpose in online versions of the game and is merely a representation of what a real French roulette table looks like.

In real life though, there is a good reason for the oddly shaped table.

Why is the French Roulette Table Different?

French roulette is widely accepted as being the most sophisticated and classy version of the game, and much of that is down to how the game is laid out and played.

Very different in style to the European or American versions, the French roulette table requires 3 croupiers as well as a table manager.

This is why the French roulette table has those indents, it’s so that the croupiers seated there can reach over the table and place people’s bets using their rake.

With the table being quite big, players have to tell the croupiers which bets they want to place and toss their chips in the general direction. The croupier will then use their rake to position the bets correctly.

This almost orchestral display is what gives the game its classy feel, as the 3 croupiers move in harmony artfully pushing the bets around the table, while simultaneously calling out bets and results.

Some older French roulette tables actually had two betting tables on either side of a centrally located wheel, but this is never recreated in online versions to our knowledge.

Why is French Roulette the Best for Players? 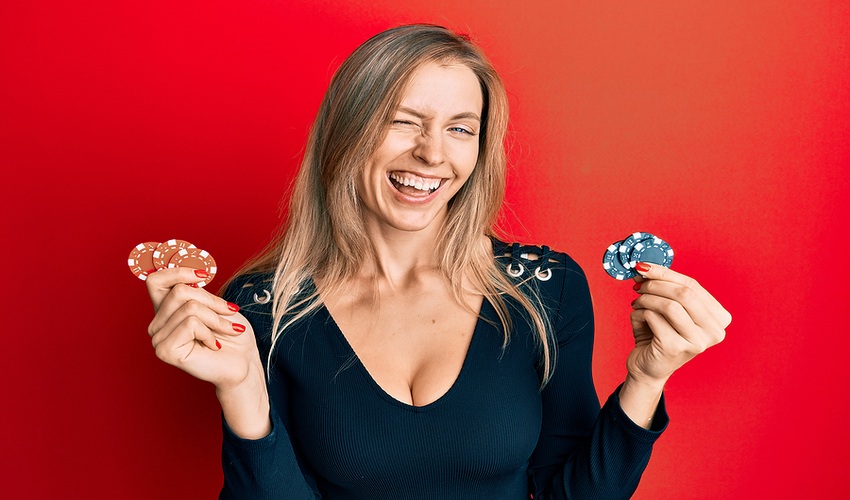 This is the important bit.

French roulette comes with additional rules that are extremely favourable to the player. If you can find the game online you will only be given one of these options, but if you play in real life then you may be given a choice between them.

That said, unless you travel to Monte Carlo you will struggle to find a real life French roulette table these days – we don’t know of anywhere else that offers it.

These extra rules are the En Prison rule, and the La Partage rule – in English that translates to ‘in prison’ and ‘sharing it’.

These rules come into effect if you have made an even money bet (so black/red, odd/even/ high/low) and the ball lands on the zero. All other bets are settled as normal, and the ball must land on the zero to activate these rules.

Let’s say you bet £10 on red but the ball landed on the green zero.

Instead of settling your bet as a loser, the en prison rule puts your bet in prison. But only for a single turn.

Essentially, it allows you to let the bet ride for another spin in the hope that it will win the next time around.

You can look at it as an extra turn for free as another way of thinking about it, but there is an important difference to a bet that is en prison and one that is not.

Should your bet win the second time around you do not get a payout, but you do get your £10 stake back. So in effect that second spin of the wheel is just a chance to save your losing bet.

Let’s stick with the same example of a £10 bet on red with a result of green zero.

With the la partage rule in play your bet would be split down the middle, with half going back to you and half going to the house.

So you lose £5 less than you should have in ordinary circumstances, and the house still gets a small profit of £5.

The la partage rule deals with the situation in a single spin, whereas the en prison rule takes two spins to complete.

The result is the same regardless of which rule is played though in terms of how it effects the overall house edge. 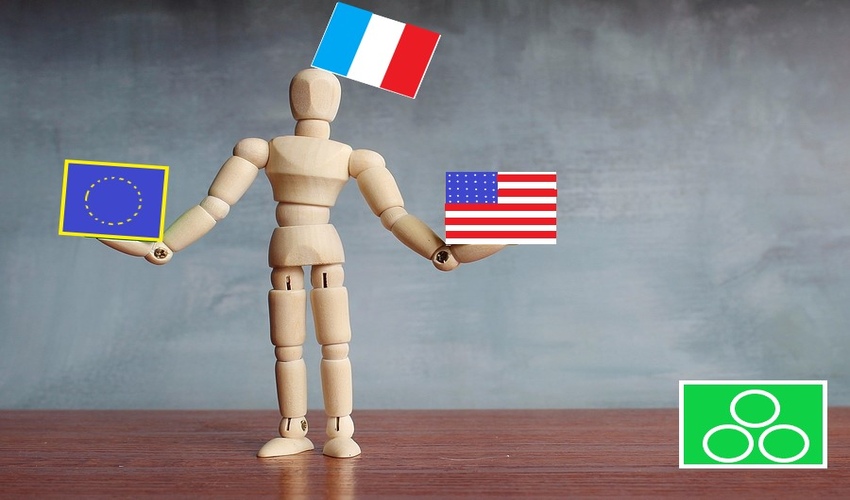 The case for French roulette is already pretty strong, but to make it even clearer we can look at all three games next to each other and see the comparison.

There is nothing a player can do to alter the house edge in roulette, it is built into the game by the rules and the payout ratios, but you can be sensible in the game you choose to play where there is a choice to be made.

The layout of the board with the double zero creates a line bet which only contains 5 numbers (0, 00, 1, 2, 3), often called the basket. All other line bets cover 6 numbers, and even though the payout has been adjusted to reflect the difference in probability, it hasn’t been adjusted favourably.

This individual bet has a house edge of a massive 7.89%! Therefore, if you have no option but to play American roulette, then at the very least you should ignore the basket.

Lastly, you will notice an as yet unmentioned ‘Triple Zero’ roulette in the table above. It hasn’t been mentioned yet because its existence is an absolute travesty and players should avoid it like the plague.

As you can see, it makes the house edge almost 3 times as high as single zero roulette (which makes complete sense really when you think about it), so your risk is tripling but your payouts are staying the same, making triple zero roulette a complete rip off.

Casinos may try and lure you in with lower table minimums, but your chance of losing on each spin is just as high however small your stake is. 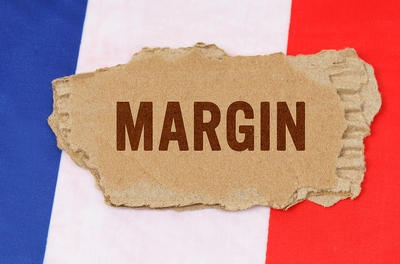 If you need to ask you probably haven’t been listening.

Simply put, casinos make less money from French roulette than from other versions of the game.

Not only is the house edge much lower all other variations, but to run a table in a real casino would cost more because of the additional croupiers needed - the casino would be taking a pay cut at the same time as paying extra wages.

This is why it is almost impossible to find French roulette in real world casinos.

Online casinos don’t have this excuse, so it is much more available online than in the real world, but you should only expect to find it with maybe 1 in 5 online operators.

Like any other business, a casino is interested in maximising profits, and offering games that don’t make them much money isn’t the best way of doing that.

On top of this, online casinos allow far lower table minimums than a real casino – some games allow bets of just a few pennies at a time – so they are already operating at a lower rate of income per spin.

Nevertheless, keen roulette players who are serious about getting the very best value for money will do what they can to find French roulette over any other kind.