What Is Early and Late Surrender in Blackjack? 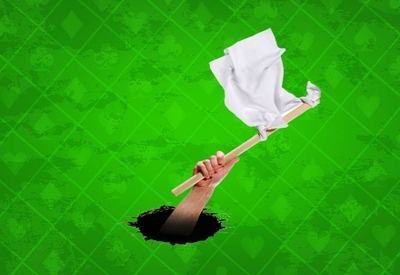 The surrender rule is an additional option sometimes found in the game of blackjack, but it comes in two forms; early and late.

Late surrender is the more common option found nowadays, but in the late 1970s casinos in Atlantic City came up with early surrender to compete with Vegas and entice players looking for looser game rules, and it also stopped dealers who may be corrupt looking at their cards.

However it caused a lot of problems for casinos who began losing way too much money to sophisticated blackjack players who knew how to exploit the rule for maximum advantage, so it is rare to see now in its original form.

Both surrender options give some of the house edge away to the player, so games with the surrender rule aren’t always widely advertised but they do still exist.

That said, often times the casino or game developer will have tweaked the other rules to claim back some of the house edge given away by including the surrender rule, so you need to treat each game you find on its own merits.

What is the Difference Between Early and Late Surrender? 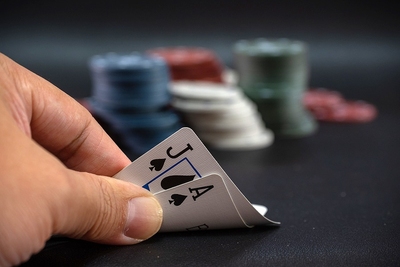 Before getting into the nitty gritty of each option, we will give a broad overview of the surrender rule and how early surrender differs from late surrender.

When the surrender rule is in operation, a player can choose to basically fold their hand (to borrow a poker term) if they are dealt weak cards, or a hand that looks unfavourable next to the dealer’s up card.

The benefit of doing this is that you only lose half of your stake, so you can cut your losses by 50% on hands that are likely to lose.

The key to knowing when to surrender and when to play on, is understanding the probability of a hand being a winner in each possible scenario.

The above is true of both late and early surrender, but the point at which the surrender is allowed to happen is what sets them apart.

Late surrender lets the player fold the hand but only after the dealer checks for blackjack, assuming their up card is an Ace or a 10 value card of course. If the dealer does have blackjack then the player loses the hand and their full stake before they even get the option to surrender.

This second option is obviously much more beneficial for the player because they can save money on losing hands (or hands that look likely to lose) more often than if the late surrender rule is in play. 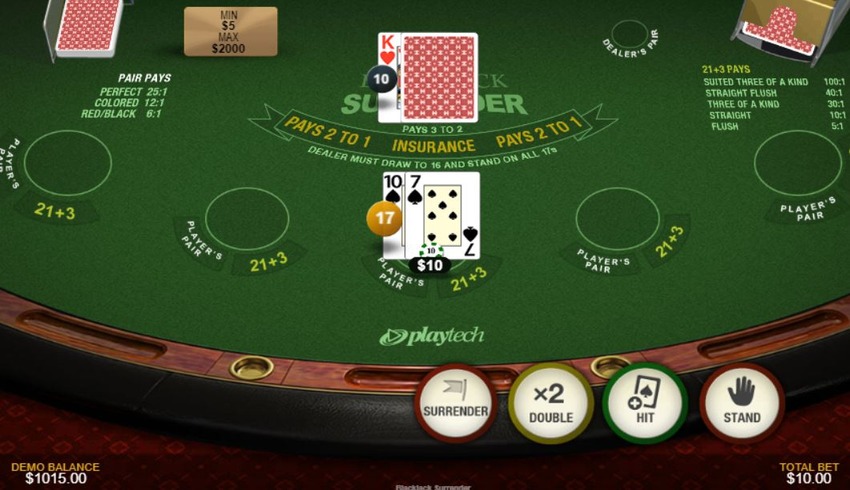 To recap; late surrender is when the player can surrender only after the dealer has checked for blackjack.

This is the less beneficial of the two surrender rules and therefore the most commonly found, but it can still give the player between 0.05% and 0.1% extra back from the house edge, so it’s well worth seeking out.

This benefit will only be recognised when playing optimally though, and we have indicated scenarios where you should surrender with a Yes/No in the table below:

All other hand totals should be played in line with basic strategy so have not been included in the table.

For instance hands of 18 and above should be played out, hands 7 or less should always be hit etc.

Lastly, this assumes you are playing a game using at least 4 decks of cards in the shoe. It’s rare to find games using less nowadays, 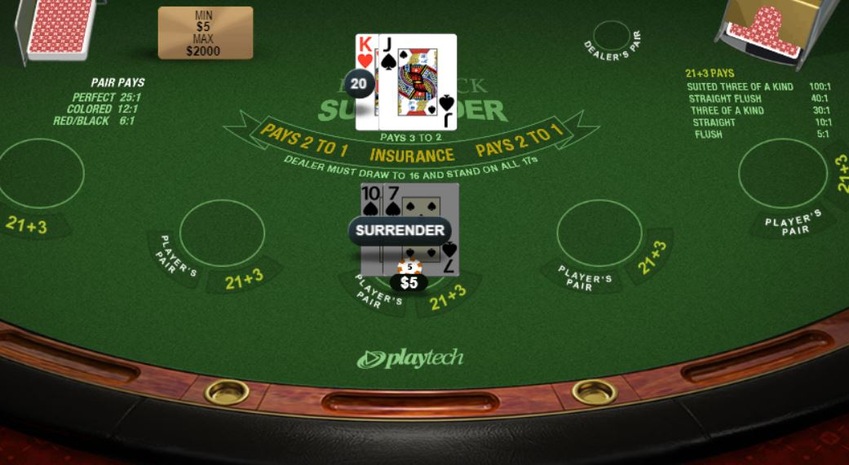 To recap; early surrender is when the player can surrender their hand saving half of their stake before the dealer is allowed to check for blackjack.

On its own, the early surrender rule can knock 0.62% off the house edge so it is incredibly powerful, which is why it is almost impossible to find.

If you do find it though, you should use the surrender option in the following circumstances, alongside basic strategy:

You can see that there are many more instances where surrendering should be the option you choose when doing so early is a possibility, highlighting its value.

As with the late surrender section, this assumes a game of 4 decks or more is being played, and all other decisions should be taken in line with basic strategy.

Why Is Blackjack with the Surrender Rule Hard to Find? 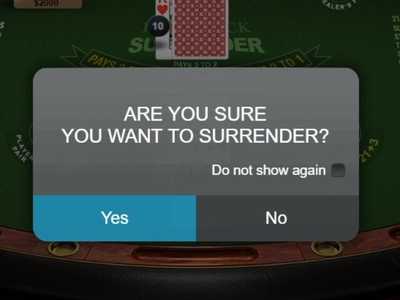 They do exist though, and while it’s much tougher to find the surrender rule in land based casinos than online, there are a few out there.

They are unlikely to be advertising the fact in neon lights though, so you might need to ask the dealer if the surrender rule is active and if so which one.

It’s probably worth checking if any other rules have been tweaked too, so that you know where you stand.

Online games with the surrender option exist more freely – there are even RNG games literally called ‘Blackjack Surrender’ – but they will almost definitely have had other rules changed to stop the game giving away too much house edge.

The good thing about online games is that the rules must be easily available and clearly and comprehensively laid out due to regulation, so you can find the info you need in a few seconds and without having to ask anyone face to face.

For example you might find that the dealer hits on soft 17s (which gives them more opportunities to beat the player), or that re-splits are not allowed, or even that blackjack pays out at 6:5 instead of 3:2.

There are a number of different ways the house can play around with their house edge in order to make a game seem more appealing than it actually is.

Essentially though the surrender rule is a bit like a special offer on a product in a shop; it’s a chance to save money that is designed to attract more customers, but it ultimately hurts the business’s bottom line.