What is Megaways and How Does it Work?

The online casino market has always been a crowded place for those working within it, and with the industry in a constant state of ever-changing forward motion, competition is fierce to come up with new ways to grab players’ attention.

This is true of the casinos themselves, platform providers, and of course the game developers. The latter are always dreaming up new game mechanics or features to improve their products both from a player’s perspective and from the casino operators.

Arguably, none have been as successful in recent years than the guys at Big Time Gaming, who came up with the hit Megaways mechanic that has swept the online gaming world.

Initially, this popular game modification was only available on BGT’s own games, but eventually the temptation of multiple licensing deals became too much, and BGT agreed to sell their invention to other providers.

So for the uninitiated, what is Megaways; how does it work; and can you have too much of a good thing?

What is the Megaways Online Slot Mechanic? 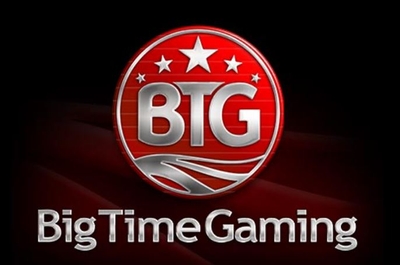 Back in the day it was the standard for slot machines to only have 3 reels. Plenty of these games still exist but they are mostly referred to as ‘classics’ and there isn’t much innovation with them anymore. They are a kind of nostalgia trip for many players.

They were replaced by 5 reel slots, offering much more scope for built in features, more interesting gameplay, and more ways to win. For a while, 5 reel games with 243 ways to win were the hot ticket, and the first to get rid of traditional paylines, but then developers found a way to boost that number to 720, then 1,204. These numbers pale in comparison to a Megaways slot though.

You could say that when Big Time Gaming released the first ever Megaways title, Dragon Born, it was the next stage in slot evolution.

Megaways is a reel modifier that allows symbols of different sizes to appear, which means each reel is no longer limited to showing three symbols only. Not only do Megaways slots add a 6th reel, but each reel can show up to 7 symbols. This, combined with the fact that wins are created without paylines, creates a staggering number of ways to win.

The original Megaways releases could boast up to 117,649 ways to win on each spin, but as the mechanic has been licensed out to other game studios there is more diversity, and now some games offer as many as 248,832 ways to win, with one or two going even further.

The number of ways to win is different on every spin, because the game mechanic works in synch with the random number generator to decide how many symbols of which size fall, and what those symbols are.

The great thing is that special features such as free spins, wilds, and bonus rounds can still be implemented into a Megaways slot, so the gaming experience is much richer and has more depth than ever before.

How Does Megaways Work With Online Slots?

If we take a deeper look at a traditional Megaways slot you will get a better understanding of how they work.

Let’s use probably the most popular Megaways slot of all – certainly the one that made the mechanic famous – Bonanza.

It’s important to understand that we are only covering the basic concept here, and that there will be differences from game to game. For example, the odd game might pay both ways (from left to right and from right to left), another might not have the scrolling reel at the top of the regular reels, but the concept will remain the same.

With that said, let’s get stuck in. 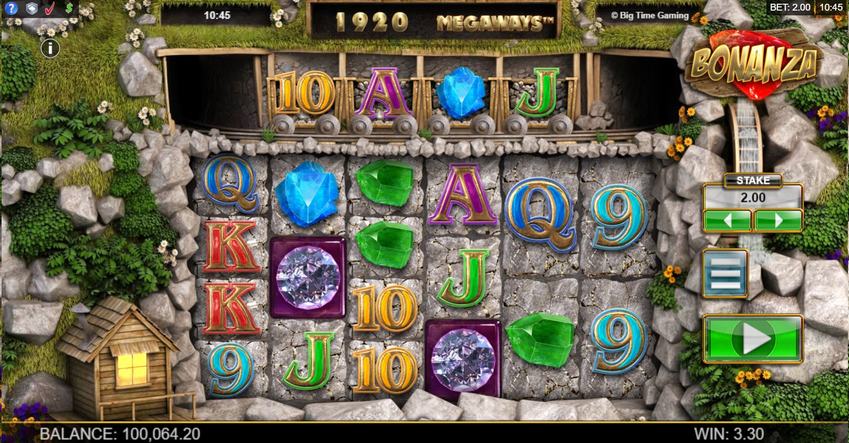 To get the maximum enjoyment from these games, you need to know what you are looking at.

Each regular reel can show between 2 and 7 symbols, and in most cases you need to line up at least 3 matching symbols to win anything, although sometimes with special symbols you only need 2 – it depends on the game.

You will also see a Megaways counter somewhere on the screen, and this tells you how many ‘ways’ you had to win on the spin you just made - we have 1,920 in this image. It’s for information only really, but it demonstrates how varied the game can be, sometimes providing just a few hundred ways and other times providing tens of thousands.

How to Win on Megaways Games

Generally speaking, the smaller the symbols on the reels the better. This is because the more symbols there are the more ways to win you have, so smaller symbols equal better chances.

There are no paylines as such on a Megaways slot, instead, you just need to line up matching symbols in any position on adjacent reels. In Bonanza, cascades are included, so winning symbols will explode and new ones will fall into their place, giving you even more chances to boost your balance. This feature isn’t always included though.

You can also win with more than one symbol on the same spin, so if your first reel has 7 symbols, and 2 of them start winning combinations of 3 symbols or more, both wins will count.

The ways to win is worked out by multiplying the number of symbols from left to right. 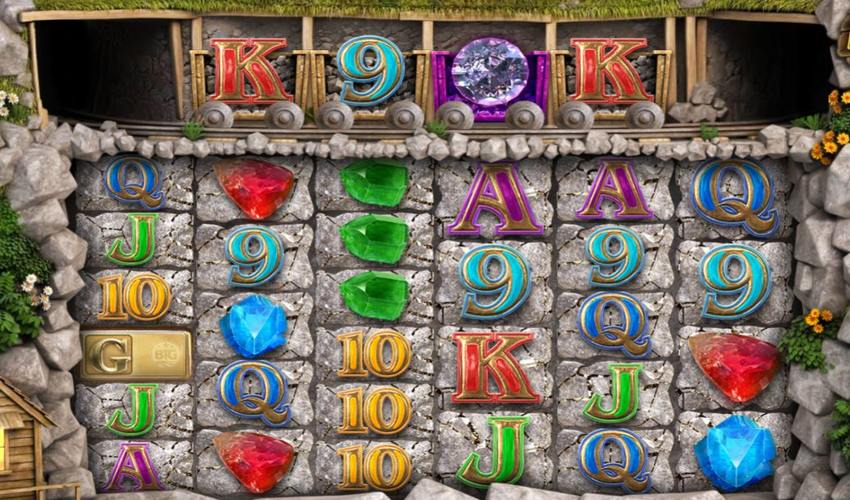 If you look at the above image you can see we had 30,240 ways to win. The table below shows the symbols on each reel.

If you multiply each reel by the next you will get:

This is also where you get the maximum number of ‘ways’ from; if each reel showed seven symbols then the calculation would be:

So the calculation is easy enough to understand, although maybe not easy to work out quickly in your head! A good job then that the slots do all of this work for you in the blink of an eye.

Other Features Available with Megaways

As mentioned, Megaways slots can contain other game features too which can enhance the enjoyment – and the potential payouts – no end.

A lot of these are often used together for greater effect, but they can also be featured independently. 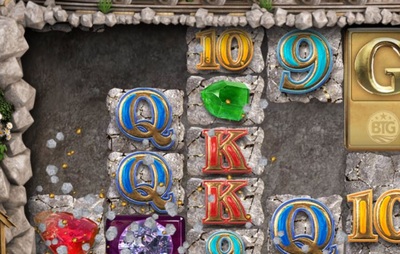 You might see it called other names sometimes, but cascading reels is one of the more common features with Megaways games.

We touched on it above, but basically after any win the symbols involved in that win will explode (or fade away, or disappear, it depends on the theme of the game) and be replaced by new random symbols.

These new symbols can then create another win, and the process is repeated until no more winning combinations are made, at which point the round ends. 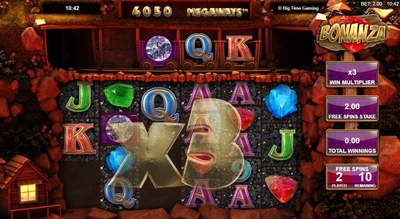 Nothing new about a multiplier, but when coupled with cascading reels they can compound and increase wins significantly.

Sometimes included in the base game and sometimes only used in the freespins bonus round, the multiplier will increase by a factor of one for every win or cascade that you achieve. 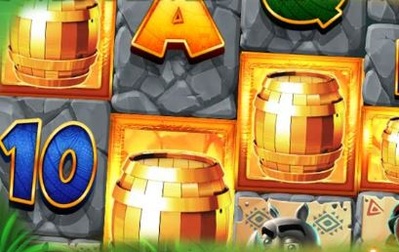 These symbols will land with all of the regular symbols, but only show themselves once the spin has been completed, so a spin that includes mystery symbols kind of has two parts to it.

Once they are all revealed they will show the same randomly selected symbol, so depending on their positioning they can lead to some fantastic wins that will then be credited to your account.

It’s a feature that builds anticipation more than anything super beneficial, although if it pops up it does guarantee a certain number of the same symbol on the reels somewhere. You can find it in slots like Return of Kong and Diamond Mine. 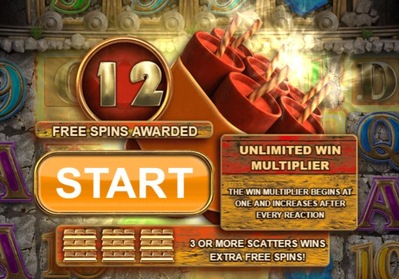 Another commonly found pair of features, but when built into the Megaways engine they are arguably even more effective.

Wilds can appear in any position including the horizontal scrolling reel (which can be a life saver in some situations) and freespins are usually triggered by landing specific triggering symbols known as scatters.

The freespins round is often tied together with a multiplier feature, and the game can behave a little differently in this bonus round too depending on the game you are playing.

You might also find a bonus buy feature on some games that allows you to buy your way into the bonus round. The gamble being that the freespins round pays out more than you spend buying the round in the first place. 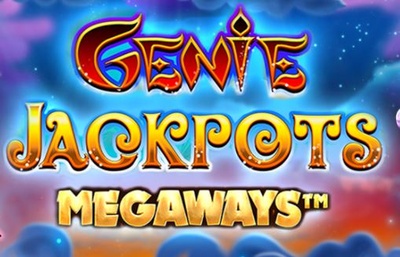 Yep, as if the potential with these games wasn’t already big enough, some have jackpots attached.

Megaways games have some of the biggest potential payouts of any non-jackpot games in the first place, but if you do want to play for even more it will cost you in the form of a lower RTP. This means the base game will be less generous in order to compensate for the jackpot wins.

It’s actually only games from Blueprint that offer a jackpot with Megaways titles, since they run their own called Jackpot King, but more developers with a Megaways license may do the same in time.

Are There Too Many Megaways Games?

There are now so many Megways slots (well over 100) that a good number of casinos are creating their own Megaways section of the site, in the same way they might categorise games by theme, number of reels, or jackpot availability.

The number of developers with licenses to release Megaways games is now pretty long too, and includes but is not limited to:

One of the problems with anything that becomes popular, is that other companies try to jump on the bandwagon, and the market can become flooded. This can turn something that was once exciting, novel, and innovative, into an everyday occurrence.

There are some players who are even getting sick of Megaways slots, accusing game providers of releasing games too quickly and without doing the proper amount of development work beforehand, resulting in cheap copies of what were once great slots.

It’s true that some games have probably been rushed to market, and no doubt not all Megaways slots out there are equal, but that doesn’t take away from the fact that Megaways as a mechanic has changed online slotting forever.

Can you have too much of a good thing? Probably. But Megaways slots are still mega popular, with big name developers still clamouring to get their hands on it because they know it is what a large number of players still want.