NetEnt have a long history in providing casino software and games going back to 1996 and today are one of the leading software providers for casinos with UK licences. The provider has a focus on quality over quantity producing just over 200 games, not as many as some, but these contain some of the most loved titled by players.

Through NetEnt powered instant play casinos you can play classic engaging games such as Gonzo's Quest and Starburst, live casino games and top level jackpots such as the record breaking Mega Fortune series. The titles produced by NetEnt are famous for their superiority and attention to detail with the company mindset being it is better to release 200 worthwhile games than 1000 OK titles.

NetEnt don't work with as many casinos as the likes of Playtech but the ones they do work with are big names in online casino. This shows you the respect NetEnt games have from the very top of the industry. NetEnt's commitment to safe and responsible gambling is also admirable and far more advanced than most other providers. 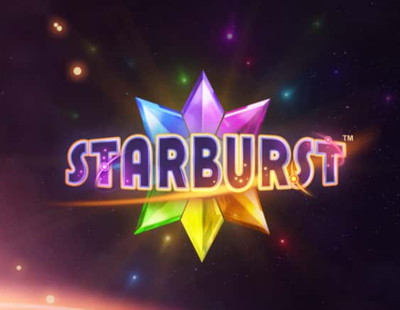 NetEnt don't have the biggest games catalogue around, offering in the region of 200 titles, but you can guarantee every game has a bespoke design of the highest quality. The company have been around for over 20 years and has won tons of industry awards for their games and innovative ideas.

The ethos at NetEnt tends to always be about quality over quantity and despite being a global brand they work with just over 200 casinos operators. It is not so much the number of operators they work with but the standard of casinos that run NetEnt games.

You will notice from the table above that some of the biggest names in online casino host NetEnt titles and this gives a huge clue to the reputability of the software company. If the likes of Ladbrokes, BetVictor and 888 will work with NetEnt then they must be a top class operation.

NetEnt have a diverse portfolio of games with top feature titles such as Gonzo's Quest, Guns N' Roses and Starburst. They also run all the classic slot and 3 and 5 reel slots you would expect to see as well as a fully stocked live casino. They also release games on a monthly basis and retire older titles to prevent their catalogue becoming stale or sprawling.

On balance there is no software provider that gives such a range of games within just over 200 or so titles. Each game has also been designed and developed from scratch, this is not a software company that simply rolls out tens of games at a time from one stock template.

Graphics are excellent and game story lines are exciting and inviting, and sometimes rather strange (must be the Scandinavian influence).

NetEnt do not provide download games, only instant play. In the 2010's this this may have been an issue but now fewer people are looking for download packages due to faster, more reliable, internet connections, especially on mobile devices.

In some ways it's good that all games are instant play as this means when you do visit a NetEnt casino you know you will be able to access all the titles. It also means NetEnt are not splitting resources by making download games that most people don't use. If you are looking for a good download casino however check out Playtech or Microgaming casinos.

NetEnt's instant play games have now migrated from Flash onto a HTML5 system. Of the 200+ titles around 150 are slots and video slot games. NetEnt are famous for their video slots particularly with their first major cult classic being Gonzo's Quest to. In testament to my earlier statement that NetEnt tell a good story, this is a game featuring a 16th century conquistador in his search for Eldorado, the lost city of Gold.

NetEnt's live casino features all the table games you would need with several variations, around 20 total. The provider also lists nearly 20 types of table games in the instant play casino.

NetEnt are known for their Jackpots, they don't run tons of titles but those they do have are known for big payouts. Having less jackpots can be beneficial as it focuses play into less games driving up the top prize and payout frequency. This is an area where NetEnt are strong and growing. Their Mega Fortune jackpot was famous for breaking the payout record in 2013 with one lucky Finnish player earning ~£14M.

We need to give a special mention to NetEnt's commitment to responsible gambling. NetEnt are UK licenced, like all other software providers, and this means by law they must be open and honest about their terms and offer some support. Unlike some other providers however there is a deeper commitment to safe gaming with this company.

Casino games are supposed to be fun, yes playing with real money is part of the risk that adds to that fun, however it shouldn't be possible to bet too much too quickly as you often do not have time to assess the risks properly. NetEnt have ensured all their games and products have the ability to prevent access to self-excluded users, have in built play limits, offer real time reminders, a clock (don't take this for granted, some games don’t have one) and game speed settings to ensure a set amount of time passed between spins.

Of course it is up to the operator how much of these features they use, but the fact they are there in the first place is a step forward. I think this is another reason why NetEnt has been adopted by some of the biggest casino sites, the likes of Coral for example, who set a high threshold when it comes to safe gaming.

The features offered by NetEnt are only tools however, if you think you might have a gambling problem then seek help. There are plenty of independent advice sources that may help such as GamCare.

Other Products and Services

NetEnt are true to their origins and unlike mega brands like Playtech they still focus on casino games.  They do however provide a host of other services for the industry including training, technical services, hosting, customer support, account management and creative services.

I like NetEnt because they don't pretend to be anything that they aren't. They make a couple of hundred good instant play casino games with great story lines and nice imagery. Most games offer low stake limits and all game settings can be controlled easily with features to lower the graphic quality if playing on slow connections.

Every product released by this software provider is graphic rich and with realistic features and a smart design. This is the reason, for me, that NetEent have less titles than other operators. I think they are more proud of the product than some other companies and they simply will not release games that don't meet a high standard.

The company employ over 1000 people based in offices around the world but of these employees the vast majority are software developers. On the NetEnt website they show open positions at the company, over 90% of the jobs listed are for software developers and game designers. This tells you about the goals of the company, NetEnt seem to be aligned just as much to producing the best games they can as they are in increasing market share.

Of particular note is the NetEnt Live casino experience, especially on mobile.  The company are at the cutting edge of design and speed in this niche and have become the go to provider for live gaming.

NetEnt these days are a truly global software operator with offices in Sweden, Malta, the Ukraine, Gibraltar, the USA and Poland. It is however Sweden where they were founded, and today, even though they are a big company, they still maintain that efficiency of design that is such a quality of Scandinavian companies. I think where some companies lose their way as they grow NetEnt are very much rooted in their goal to provide good honest games that work.

Net Entertainment, as it were formerly known, was established in 1996 making this one of the oldest and most experienced casino software companies. The company pioneered many gaming advances in its early days eventually resulting in it launching its first online casino in 2002. This is an example of NetEnt's character, rather than rushing to market with half ready titles they waited several years before launching their casino. Sales grew rapidly and the fact the were profitable by 2003 tells you something about the game quality.

NetEnt grew geographically across the world over the next five years whilst still maintaining an ethos of quantity in their development division. By 2009 NetEnt were listed on the Stockholm Stock Exchange.

The company rose to real fame with users in 2010 with its first version of Gonzo's Quest, NetEnt's first game to receive world attention in a rapidly growing market. NetEnt released it's first mobile games the following year and by 2012 it was signing the first of its big operator deals.

NetEnt have continued to grow into a household name with online casino players. They are one of my personal favourite software providers always showing attention to detail and developing top standard games but yet retaining a responsibility and respect for the user. Expect NetEnt to continue to grow, innovate and challenge the biggest providers over the next decade.

In 2017 NetEnt handled over 41 billion gaming transactions, almost double the amount in 2014, and things only improved from there. This attracted the attention of live gaming masters Evolution Gaming, who paid billions to take over the company. Although they still operate as their own entity, they are now wholly owned by Evolution, and their live casino arm has been folded into the bigger company. 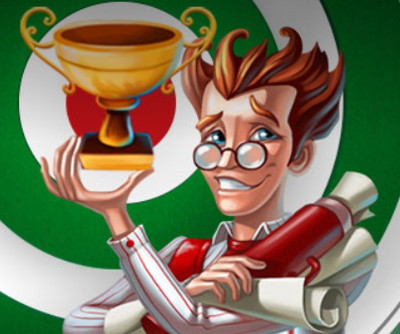 NetEnt have a strong history of receiving industry awards, for innovation in particular:

Email: This email address is being protected from spambots. You need JavaScript enabled to view it. (+others)