As one of the longest serving online casinos on the internet, it's odd that Unibet, part of The Kindred Group, isn’t as famous as some of its counterparts. Despite this, they can claim more than 9.5 million customers worldwide from 100 different countries, so they must be doing something right.

This is the retail park of online casinos. A place that has everything, where you never have to leave and look elsewhere to get what you want, and where you can develop a sense of loyalty that is rewarded.

Both the site and the app are bursting with industry leading titles and are a pleasure to use, with game types and site features that not all other casinos can offer. Their live casino is vast and diverse, their support service is available 24/7, and with over 1000 games to try across many different game categories you will never be stuck for something to do. 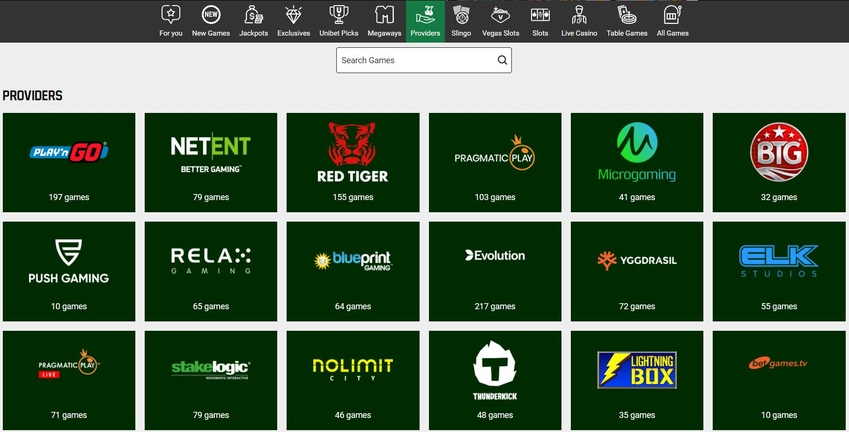 As you might expect from a company of this size they not only partner up with game providers like SG, NetEnt, Play’n GO, and Microgaming, who have a proven track record in the sector and whose games players universally love, but also up and comers like Realistic and Leander. From Megaways, to jackpot, daily drops and wins, and even exclusive titles that you won’t be able to find anywhere else, Unibet has you covered.

This sort of variety keeps your play session feeling fresh, and with there being so much to try as well as regular new additions it’s virtually impossible to get bored - players are looking at well over 1000 games all told, and loads of them are included in the tournaments that run regularly.

It’s nice to have a few options that aren’t always available too, such as bingo and lottery betting. Even if it isn’t usually your thing, bingo is a great way to make the most of that random 17 pence you have left in your account, as some tickets only cost a penny.

Those of you who lean more towards traditional casino will enjoy the table games, and maybe the poker offering which operates as an independent product for all intents and purposes, and can be downloaded or played from your browser. It has a real sense of fun about it, with whacky avatar’s and all sorts. 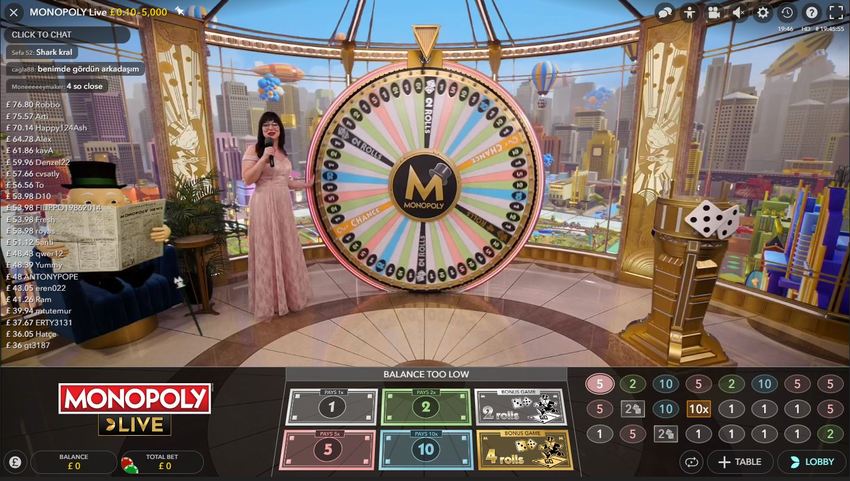 Unibet have chosen Evolution Gaming to power the majority of their live casino, although Pragmatic Play are also present here with their blackjack and roulette variations. They used to also host NetEnt live games, but Evolution bought NetEnt in 2020.

The Evolution brand brings a lot more to the party than Pragmatic though, with loads of roulette and so many blackjack tables I lost count. Needless to say, players of all abilities and in all price brackets will be happy here.

It’s also one of the best live casinos for baccarat at 50+ tables, and there are a good handful of live poker variations too, not to mention the Unibet lounge which is exclusive to their customers.

Game Show themed live games have really taken off over the last few years, so as well as the popular Dreamcatcher wheel, you can also play Football Studio, Lightning Dice, or Live Monopoly where a life size animation of Uncle Pennybags joins the fun and hops around the place. Great fun.

Unibet are a textbook example of how a casino's website can actually enhance a player’s experience. The different game categorisation options are plentiful but sensible, and can see you hopping from a few rounds of video poker to chasing a daily drop jackpot in one single smooth motion, making it a website that can provide various different experiences in one sitting.

There is a sense of belonging at Unibet too, as they have managed to make their site feel unique amid a sea of other cookie cutter casino sites. Small, perhaps seemingly irrelevant features such as showing the volatility and RTP on each game tile actually go a long way to standing Unibet apart from the crowd. They are useful too – if you don’t know what to play and don’t fancy anything you already know, you an use these to decide which games to give a shot.

It’s barely worth mentioning performance as you won’t have any issues with the speed or the robustness of the site. I don’t think I have ever encountered a problem while using it or had my patience tested when jumping around the various different sections.

It’s Kambi who we have to thank for all of this, being the platform provider, but Unibet have certainly made the most of all that they can do. 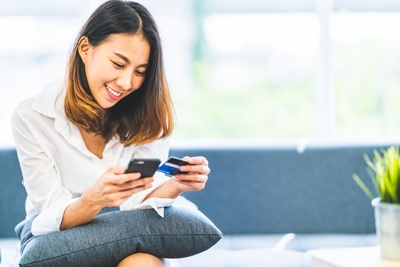 For customers that need it, Unibet support a strong range of different currencies thanks to their almost global status, and as you can see their minimums couldn’t get much fairer which means it is also the ideal place to go for anyone on a limited budget.

The processing times look good but remember that the payment provider needs to do their thing as well, so it could take slightly longer than stated if they are busy. That said, this casino tends to be on top of things so it should only be on rare occasions that you venture close to the upper time limit for withdrawals.

I mentioned earlier that there is a sense of belonging when you play at Unibet, and that is because of the Unibet Community. This is essentially a chat forum where you can talk with other players and ask advice or share opinions and strategies. It’s a great idea and unique to this online casino.

All of the normal support options are available as well, and in fact, Unibet blows most other casinos out of the water in this area in terms of options. Not only do they have a freephone help number, live chat, and email support, but their helpful team are available 24/7.

It’s difficult to think of any way the company could improve, even the FAQ/help centre is well constructed and full of useful detailed information. Plus, there are game guides and live casino game guides for anyone who isn’t sure of how something works.

The only niggle is that you have to go through the FAQ to get to Live Chat, which is a bit annoying when most other sites have an icon that opens it right up there and then, but this really is a tiny issue next to all of the positives Unitbet offers. 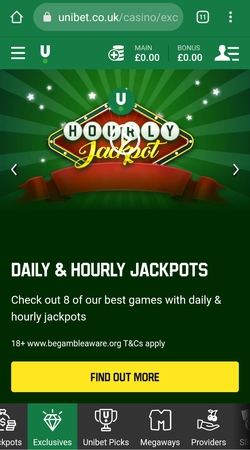 Gaming while out and about or in between meetings now makes up a substantial proportion of all online gambling, so having an app that keeps customers happy is crucial.

Unlike many of its’ competitors, Unibet’s mobile casino app isn’t simply a scaled-down version of the desktop website, but a newly designed betting product built to serve a specific purpose. There is nothing unnecessary taking up space here, and most of your navigation will take place either from the footer menu bar or from browsing the home screen.

There is a quick link to make a deposit up top but this option also exists in the main menu along with pretty much everything. This leaves your entire phone screen free to display the game tiles etc.

It looks good, it reacts quickly, and there are even some advanced filtering options such as finding games that include free spins, or those with a specific number of win lines. What’s more, you will lose virtually nothing from the game library by playing on mobile, only a handful of games are shaved of the total number.

You can play for fun on mobile too if your funds have run out for the week, and the games themselves tend to take just a few seconds to load.

I really enjoyed using Unibet’s casino app; I thought it was neat and effective, keeping all of the fundamentals close by but out of the way, and pushing the games themselves to the forefront.

Unibet was what is sometimes called an ‘early adopter’ of the online gambling innovation. Way back in 1999 they launched their first website, although for its first two years of business the company initially took bets over the phone… from the bedroom of its founder, Anders Ström.

He lived in Earls Court at the time, but as you can tell from his name, he wasn’t English but Swedish. Still, it’s odd that Unibet isn’t as popular with UK customers as some other big brands, considering the business started here.

Their European focus could well have something to do with that, though, as they operate all over the continent and beyond with offices in Malta, New York, Gibraltar, London, and more.

They launched their live betting service in 2003, but it was 2004 that proved to be a key year for the online casino and bookmaker. 2004 saw rapid expansion across 100 different countries, and the website adapted to support 12 different languages to cope with this. They also launched their first ever mobile product and were listed on the Swedish Stock Exchange. By the end of the year they could boast over 300,000 customers.

Expansion has been in the company’s blood since day one, and in 2016 there were more plans afoot that needed a different approach. At this point, Unibet Group Plc became The Kindred Group.

By now the group contained some very big brands from around the world, 32Red among them, they employed 1,500 people, and in 2017 their revenue was over £750 million.

Two years later in 2019, The Kindred Group officially launched in Pennsylvania, America, choosing Unibet to lead the charge and opening the door to a ginormous new customer base. Their 9.5 million active customers will no doubt grow quickly from here, along with their turnover.

Although there are a good deal of offers and promotions at Unibet, they are spread across their full range of products, and the sportsbook gets the lion’s share.

That said, bingo and poker players usually have plenty to take advantage of, with random prize drops, mini jackpots, and daily missions all having been promoted in the past. They have also run promotions for which you automatically qualify if you have wagered above a certain threshold.

The other thing to bear in mind is that the prizes for a lot of these raffles are very high, and a lot of the slots based rewards come from the tournaments that they run.

Unibet are clearly happy to reward players, but they want to do it in a way that encourages interaction and builds a relationship with the brand. You might also notice that a good number of promotions work across two different products, which is ideal if you already do that sort of thing.

So it’s not the sort of place to come if you want 10 free spins every Thursday, but that isn’t to say there is nothing extra on offer.