For players who enjoy getting a little bit extra, Betfred could be just the casino you have been looking for. This is a place with more promotions than some other casinos combined, but with a nickname like ‘The Bonus King’ that shouldn’t be a surprise.

Great for mobile gamers, there are more apps than you can shake a stick at, and with a reputation like Betfred’s you can also rest easy knowing that you are playing with one of the top betting companies in the country.

With a diverse range of game categories and game types within those categories, this casino could equally serve as a one stop shop for all your bingo, poker, live casino and slotting needs, or as one of a portfolio of online casinos that you cycle through for variety.

The Site in Brief 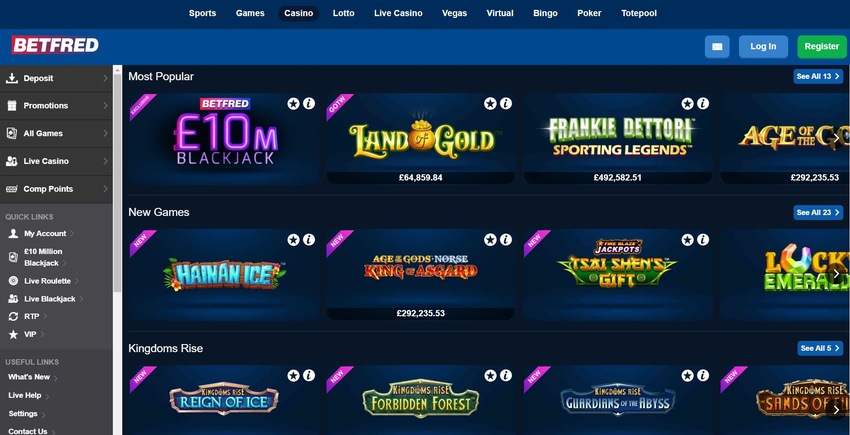 The Betfred website feels more like an oversized app these days, which does two things; firstly, it makes it blessedly easy to use, and secondly, it makes it feel a little placeless, a little in-between.

This is about taste as much as anything else so you might not mind at all, but for me it could do with a more definite and welcoming homepage.

That aside, your only issue will be jumping between the various sections to access the games from different providers. The casino is made up solely of Playtech games, the Games section has titles from other providers, while the Vegas section has still more. It’s a minor inconvenience at most, and some people might even prefer it as a way of splitting the games into more manageable numbers.

It would be a miracle if you struggled with navigation though, since the page is so uncluttered and the games have been put into helpful groupings like New, Jackpots, Megaways, etc. Even the newest of newbies couldn't get lost on this site.

You can also search directly using the search bar and add to your list of favourites as you go along so that your top slots are only ever a click away, which is a nice touch that helps make the site feel a little more personal each time you log in. 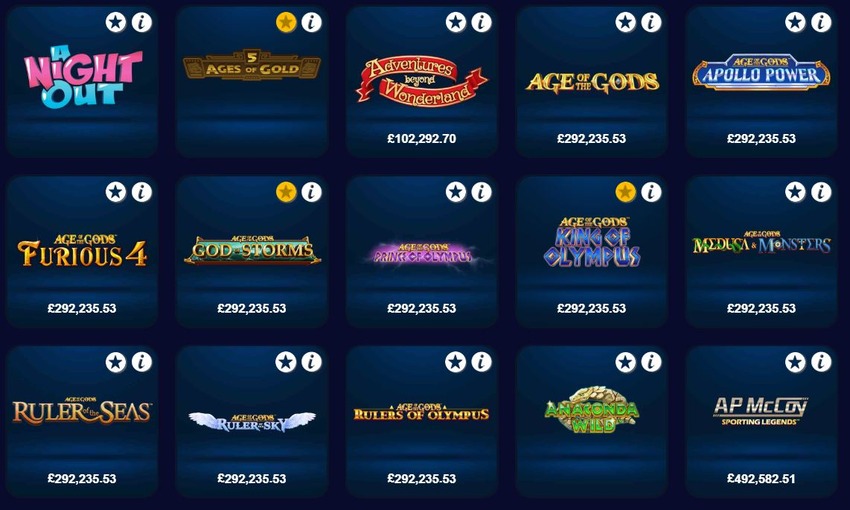 Betfred’s casino is officially powered by Playtech, so you will only see titles from this developer in that section of the website. This is fantastic news for die hard Playtech fans, and to be fair they do build some incredible games and are renowned for their branded titles in particular, but for everyone else it could be a slight issue.

Thankfully, Betfred also have their Games and Vegas sections, and these contain a multitude of games from other providers. This does mean you have to jump between sections if you want to go from a Playtech game to something else, which is a little annoying, but it does help to break everything up.

And at around 1000 different games in all categories they probably need breaking up. While the casino holds exclusively Playtech games, a lot of the other providers on site are actually themselves owned by Playtech, even though they operate independently. Developers like Ash Gaming, Geco, and Sunfox all have their own approaches and styles though, so don’t let that put you off.

You can also play games from the likes of NetEnt and Microgaming as well as lots of others. 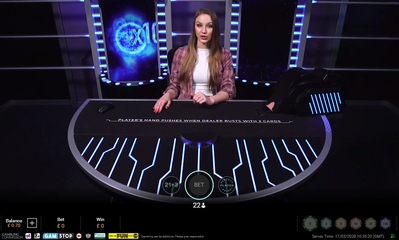 Outside of the many slots and jackpots you will also be able to make use of Betfred’s live casino which hosts blackjack, roulette, baccarat, as well as some of the more modern live casino inventions such as Spin a Win and Live Slots.

There are even a few tables exclusive to Betfred where they can run their own promotions and the like.

On top of this, there are further options such as the Betfred bingo rooms and a separate poker product that caters more to the serious bettor and runs loads of poker tournaments. You can even bet on the lottery here.

This is not my opinion, but the opinion of Fred Done himself, who gave his business this title without asking anybody else. Although, as it happens, it is a fitting tagline for this reward heavy casino.

The great thing about Betfred is that they switch up their promotions frequently so there is always something new going on that you can take advantage of. From happy hours at the live casino to games of the week which grant extra comp points, Betfred has tried everything.

Make sure you check the promotions tab each time you visit a different section of the site though, as the promotions are arranged in this way. So when looking at Vegas you will see different offers to when you are in the casino proper.

They also have a VIP structure with three different tiers and increasingly attractive benefits for those customers who the company deem to be the most loyal.

If you can find another casino that can boast as many promotions as Betfred that are of equal quality, then you are doing very well indeed.

Help is on Hand 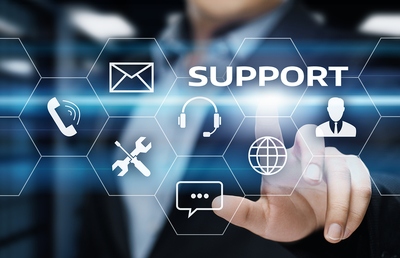 Betfred is such a huge company these days that they have more than enough money to provide a top quality support team should any issues arise.

The brand sees itself as ‘uncomplicated’ and this is a good way to describe their support service, since the information you need to get in touch is super easy to find and the team themselves offer no nonsense help and advice.

You can use the live chat, the phone support option, or email if it isn’t particularly urgent, and all methods will get you a quick response.

I usually use the phoneline myself, and everyone I have spoken to has been incredibly helpful and down to earth, and able to explain terms etc in a way that is easy to understand.

The help section is the FAQ, and this is the only area they could really improve upon. It’s fine, but it isn’t intuitive and you can’t search it either. They encourage customers to get in touch if they are struggling, so maybe they would genuinely rather offer a personal service than have you struggle alone. 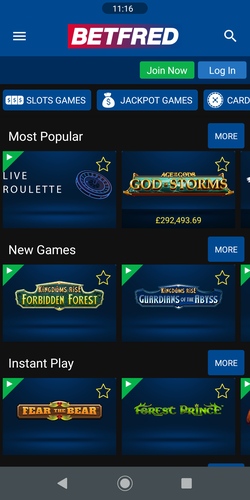 The first thing to note here is that Betfred have got rid of their separate apps and stuck them all together in one. This is great in the respect that you don’t need to download loads of different apps to use their services, but the app is obviously now a lot bigger so takes up more space on your phone, and it's pretty slow too since it has a lot to deal with.

The mobile website is another option of course, and either way you will have access to the majority of games from the desktop site, with only a few falling by the wayside.

The app is easy to use in terms of navigation though, and it looks great - the rich blues in the design adding an extra feeling of quality as you scroll through the different games - although it's annoyingly unresponsive at times. There were several occasions where nothing happened when I tried to scroll a games list for example.

You can call the menu into view with a sideswipe or by hitting the menu button, and this is where you can access all of the ‘backroom’ content like your account, promotions, terms, etc. You can also search the games using the search bar and favourite those you play a lot, but apart from one or two game categories (jackpot, slots) there isn’t much to get in the way except the games themselves.

It’s an app that is serviceable rather than inspiring, and although you can see that they have tried to make the app all things to all people, it just doesn't seem to have the power to deal with the demands on it.

You can set whichever page you like as the homepage though, which is a brilliant idea, so much of the annoying stuff can be mitigated by simply choosing the casino (for example) as your home page and then never having to navigate to it ever again. 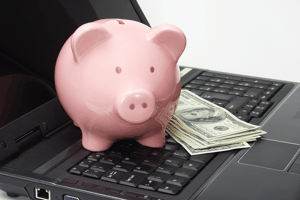 One of the best things about Betfred is that they are truly open to gamers of all means. With minimums as low as £5 for both deposits and withdrawals almost anyone at all can enjoy a few spins, and Betfred are not dictating to those players with more money how much they should or should not be spending.

Withdrawal timeframes shouldn’t be a cause for concern and you can even collect in cash in store if your withdrawal isn’t over the maximum threshold of £250.

The stated maximum withdrawals are fairly low, especially for some of the ewallets, but this is only the limit per transaction without speaking to them first. Any really significant wins will need to be scrutinised more thoroughly by the payments team, that’s all. Usually, processing takes up to 48 hours but usually much less.

Most people associate this brand with sports betting and horse racing, which makes sense since the very first betting shop that the Done brothers opened in Warrington was set up to take bets on those very markets.

Their first store was named Done Bookmakers and the money to open it came from a winning bet the brothers made on England to win the 1966 world cup, not long after high street betting was legalised. Things could have been very different if Geoff Hurst hadn’t scored that hat trick!

From humble beginnings, the Betfred empire grew, steadily building their portfolio of shops and acquiring smaller bookies along the way, but mainly staying North of London. It wasn’t until 2002, more than 30 years after they took their first bet, that Betfred opened a store in the capital, although these days they have more than 1650 shops to look after.

2004 was the year in which the company both changed its name (from Done Bookmakers to Betfred) and went digital, launching their first website.

This was their first real foray into the world of online casino and gaming, but as you will be able to tell from looking at their website today, they have more than got the hang of it.