Who Invented the Roulette Wheel, How Is It Made, Is It Fair? 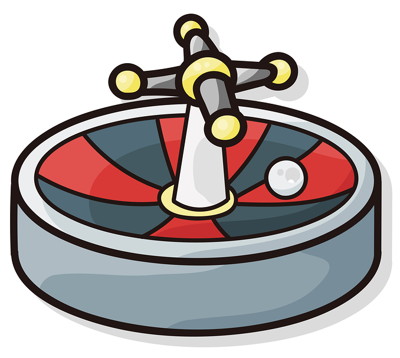 It’s a game that perhaps many of us have played, but not many of us know where it came from. What are its origins?

Yes, roulette has become synonymous with both offline and online casinos, and with good reason. It has been providing gambling entertainment for many, many decades now. We would like to take you on a journey back in time to when the roulette wheel first became an entity.

Who invented it and what sort of effect has it had on the casino world? How has the wheel itself gone on to become what it is today? Is it as popular a game as it once was? And how does it work? Well, let’s take a look at the history of the roulette wheel, who invented it and what to expect from it in today’s gaming scene.

Back to the Early Days with Blaise Pascal 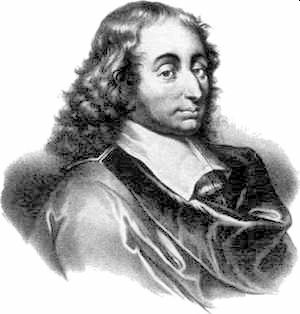 We’ll need to go back to the 17th century of France to seek out the origins of roulette. It is back then that the first form of roulette was devised, and according to many historians, Blaise Pascal was responsible for this. As it happens, Pascal wasn’t trying to create a casino game in any shape, way or form. He was actually searching for a perpetual motion machine – a machine that continues in motion forever without any sort of energy source powering it.

In 1655, he went forth with an invention of such a machine, despite the laws of physics pretty much making this an impossible task. Pascal’s experiment unfortunately, but obviously, failed. However, in the process of trying to craft such an item, he gave birth to one of the world’s most popular casino games in roulette.

However, the roulette game itself didn’t actually become known as such until the 18th century, and it is believed to be a hybrid variation of a gaming wheel that was invented in 1720 merged with the Italian game known as Biribi. Known as cavagnole to some, this game operates in a very similar way to roulette, played for low stakes, but prohibited by law in 1837. A board was utilised in this game, which had the number of 1 to 70 marked on it. Players would put their stakes on the numbers they wanted to back and then the banker would be provided with a bag from which he would draw a case containing a ticket. Those tickets had numbers on them corresponding to those displayed on the board. The banker would call out the number and anyone who had wagered on such would receive 64x his stake.

The form of roulette that is played today has been accessible since as early as 1796 in Paris. In fact, it is described in a French novel entitled La Roulette, ou le Jour, which was written by Jaques Lablee. In it, a roulette wheel is described from within the Palais Royal in Paris. There is a description of the house pockets, which states:

“There are exactly two slots reserved for the bank, whence it derives its sole mathematical advantage”.

The layout of the game is then described as “…two betting spaces containing the bank’s two numbers, zero and double zero”. La Roulette, ou le Jour was published back in 1801, although there is a reference to it in regulations for New France (modern day Québec), which was published in 1758, and bans roulette as a game. 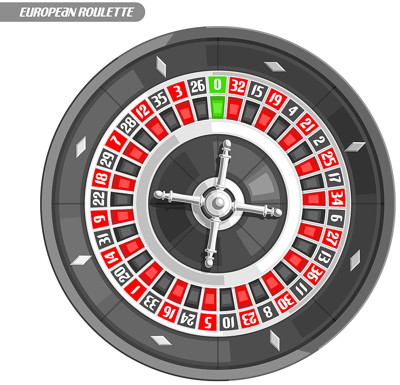 It was in 1843 that the German spa casino town of Bad Homburg saw roulette introduced to it by two Frenchmen – François and Louis Blanc. The single zero style of the game that remains popular throughout Europe today was brought along to the German town, and this was introduced to compete against establishments offering the traditional wheel with both single and double zeroes.

That roulette wheel with the single zero was actually designed specifically for King Charles III of Monaco, and this was quite the big deal. With just a single zero on the wheel rather than two, the house edge fell somewhat, providing the player with more of a chance of winning. The Kingdom of Monaco was suffering financial troubles at the time, and Charles saw the new roulette wheel as a way of helping. A casino was built, the single zero roulette wheel was brought to it and people flocked to play it. The wheel helped to generate a vast amount of income for Monaco, and it has since become quite the symbol for Monte Carlo’s upscale gambling scene.

At the same time that this was happening, France took the decision to outlaw gambling altogether. Therefore, people would cross the border from the neighbouring country just to access these entertaining casinos in Monaco.

In the 19th century, roulette would proceed to expand across numerous other European countries, including Great Britain, Belgium, Denmark and so on. It didn’t take it long to get to the United States, either.

America Gets Its First Experience of Roulette 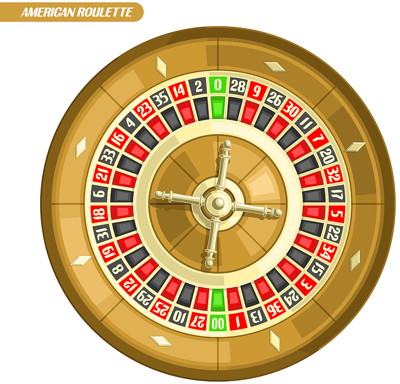 It was also during the 1800s that American gamblers got their first taste of being able to play roulette. The game would come across the ocean from Europe and land on US shores, but it was introduced in the more traditional double zero variation. This has become known as American Roulette today, as it remains the more popular version throughout the United States. Even though it holds appeal, it is this version that many people are recommended to stay away from though, as it has a much higher house edge.

Once it had hit the States, it made its way up the Mississippi river, travelling from New Orleans, Louisiana and then onwards to the west. It was also here that due to massive cheating scandals (by both players and operators of the game), that the wheel itself was placed on top of the table. This prevented any sort of devices being attached to the table or the wheel, and the betting table layout was also simplified at the same time.

However, because so many locations around the world starting banning gambling in various forms, the only casino towns of note in the early 20th century were Monte Carlo, Monaco and Las Vegas, Nevada, USA. That being said, once the 1970s rolled around, many casinos started to flourish and gambling wasn’t such an outlawed practice in various locations, either. By 2008, casinos had popped up around the globe, providing masses of games, including roulette.

How Is a Roulette Wheel Made and Is It Fair? 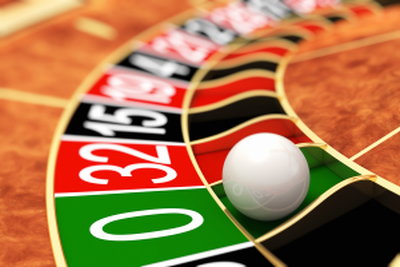 It’s probably been quite a common wonderment of people as to whether or not manufacturers of roulette wheels have some sort of secret to what they include in them. It wouldn’t be uncommon for some bettors to suggest that they have been made with inbuilt tools that ensure the casino wins most of the time. Yet, this isn’t actually the case.

Just like in the early days, a roulette wheel today will generally be made from wood. It provides a vintage and classy look to the wheel, and it operates as a reliable material for such gameplay. Often times, mahogany will be utilised for it over other woods. Of course, the inner part of the wheel is metal, which is where the ball spends most of its time bouncing around. This is a lot more durable, naturally.

One thing that you may not know about a roulette wheel’s creation is that the numbers aren’t simply placed at random locations. Instead, their positions are added so as to ensure balance on the wheel. Every wheel also goes through testing once it’s been created. This ensures that it is spinning smoothly and that no irregularities are experienced. Pockets for the ball to fall into are also measured so that they have the same space between them. A good quality roulette wheel should last for at least a couple of decades.

Unfortunately, there are also those people who craft rigged roulette wheels. These should never be found in reputable casino establishments, though. However, those that are trying to scam players will want to ensure that the house always has a total edge over the gamblers. Winning outcomes to players will also be very minimal in these circumstances. Generally, such wheels are crafted with magnets that can control approximately where the ball lands, or potentially by a small pin that pops out when a button is pushed by the croupier. 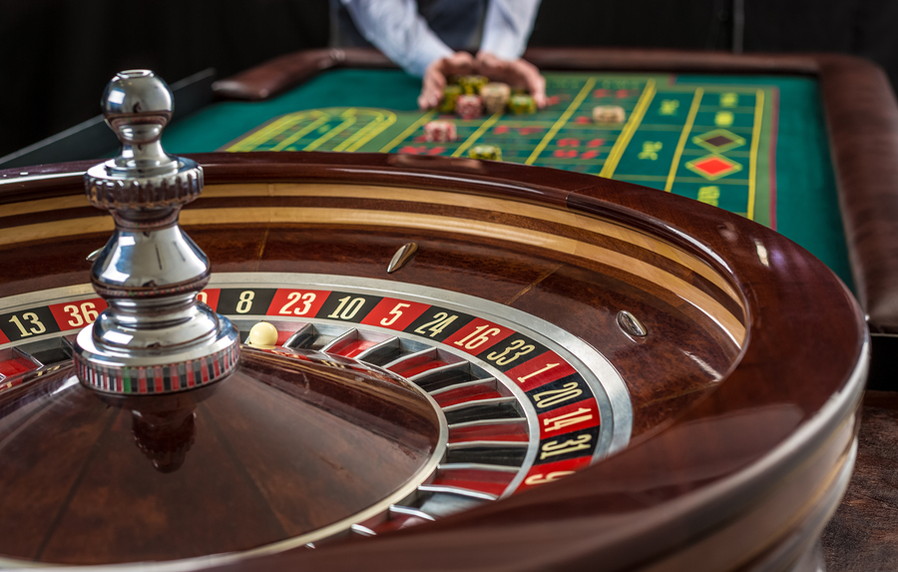 The manufacture of roulette wheels should be done to a specific set of general rules, which include:

If any of these particular manufacturing conditions aren’t met outright, then it’s likely that a rigged wheel is being created. Sometimes, casinos won’t notice this until its too late, but at other times, it’s possible that such a wheel has been specifically requested to scam players.

Numerous stories have been released regarding how Al Capone and his mob managed to scam gamblers out of their money in numerous Chicago establishments. According to a games company owner, a rare table from a site was found and dismantled. This revealed how it had been fitted with hidden buttons, which were driven by battery packs stuffed into the table’s legs. These buttons disrupted the spin of the roulette ball. By being able to control when the ball fell through tiny pins that tripped it, the croupier was able to pretty much decide where it fell. Such a table was said to have been used in Chicago between 1929 and 1931, which is the time when Capone dominated the city underworld. 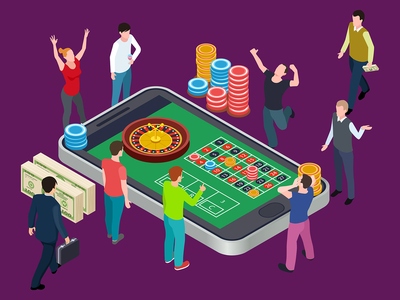 While it’s often something that is related to storylines in movies, various real-life exploits have also been uncovered in relation to roulette. For example, way back in 1891, a part-time swindler and petty crook from Devon, UK known as Charles Wells, visited the Monte Carlo casino. He broke the bank at each of the tables that he played at over a period of several days. This meant that he managed to win all the available money in the table bank. This saw a black cloth placed over the table until the bank funds were replenished.

It was in late July to early August of 1891, and then again in November of the same year that Wells visited the casino. At the beginning of each day, every table within the Monte Carlo casino was funded with a cash reserve of 100,000 francs (about £3,990 at the time). Following the continued success of Wells on the tables, speculation arose as to whether he was cheating or not. Some newspapers simply dismissed such wins as a publicity stunt by the Monte Carlo. However, Wells claimed that he had utilised what he described as an “infallible system”, and this was something he had perfected. Of course, his past record as a fraudster did little to back this up for some people.

Another case of such a real-life exploit came in the early 1960s and 70s, when German-born American physician Richard Jarecki won around $1.2 million (around £427,551 at the time) at various European casino establishments. Jarecki said that he was utilising a system that had been devised by a powerful computer, and this is what led to him winning so much. However, the reality of the situation was that he had observed more than 10,000 spins of each roulette wheel in a bid to determine flaws within. This was undertaken alongside his wife, and after going through several profitable winning streaks at the Sanremo Casino in Italy, the managing director described Jarecki as “a menace” to casinos. Eventually, it was understood that the wheel flaws could be exploited, and older wheels were instantly replaced.