Casino Card Counting - Does It Work?

Having a photographic memory; surely every person’s dream, yet a casinos worst nightmare.

Defined as a strategy used in the blackjack family of card games to gain an advantage over the house in order to ascertain whether the next hand will provide an advantage, card counting continues to cause problems worldwide, with casinos heavily monitoring subtle signs.

An ‘activity’ glamourised on television shows and in Hollywood movies, it has consumed the thoughts of casino staff for decades, even to the point where now they even have specialist security teams, constantly monitoring players on camera from seperate rooms, continuously liaising with the dealer, instructing them to cut cards differently, or anything to catch players off guard.

While card counters, mathematicians or sleight of hand artists may have been operating in America throughout the 19th century, with blackjack not technically legal, there was little anyone could do apart from take the law into their own hands.

A different spin on the ‘American Dream’? 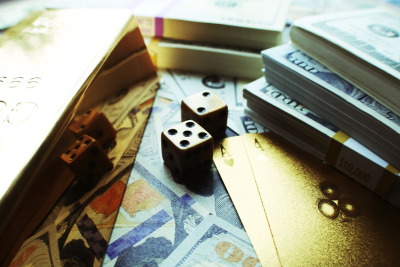 Perhaps ironically, house banked blackjack was established in Nevada in 1931 - two years after the Wall Street Crash, which brought America to its knees, with the casinos perhaps realising an opportunity to gain an advantage - the players, likewise.

In the years that followed, there is no doubt that card counting was rife, with a number of notable characters causing chaos everywhere they went bringing houses down in their wake.

One such protagonist included Jess Marcum, ejected from many a bewildered establishment following hefty triumphs. Described later as having been the first one to develop the first applicable card counting system, his infamy in these circles is still remembered today.

In fact, Marcum appeared to, especially in the early days, possess all of the necessary traits for counting cards, applying logic, a keen sense of analysis and above all patience to crack blackjack.

Upon his first trip to a Las Vegas casino, he was understood to have just observed each game closely without getting involved and realised that blackjack offered perhaps the simplest way to gain an advantage, suggesting that if one kept track of all of the cards dealt, it would be easy, according to ‘The Big Book of Blackjack’ by author Arnold Snyder, who is said to have known him well.

With Marcum setting the stage, casinos were keen to keep his activities among other players particularly quiet, for obvious fear of others getting the idea. Though, this was very clearly too late. 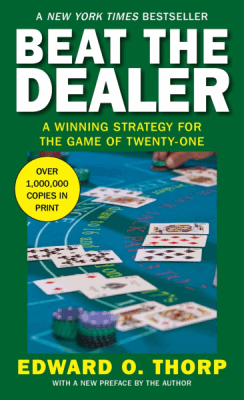 Almost synonymous with Marcum and the world of card counting are the much less venerable names of Benjamin ‘System Smitty’ Smith and Greasy John, though nonetheless effective in their own crusades against the house.

Smitty developed his own system (hence the nickname), called ‘10 Count’ based on 100,000 self-dealt cards, referenced in writer Ed Thorp’s book entitled ‘Beat The Dealer’. While he made his living as a professional gambler, unlike Marcum, Smitty did not limit his activities to just blackjack. Developing multiple systems, he was adept at quickly switching between many, applying them to craps, roulette and virtually any other game that a casino offered.

His nickname stemmed from the fact that he literally had systems for every game, every decision and every situation, with his advice being constantly sought by many high rollers who made their way to Las Vegas from all around America.

Perhaps interesting, Smitty never charged them for his services if they lost, though instead, took a percentage of their winnings should they be successful while applying his tactics.

Arguably more charismatic than Marcum and certainly taking the process further, Smitty became popular in the gambling underworld, often taking on client work, due to the foolproof nature of the job; it wasn’t afterall, his own money that he was gambling with.

If you can’t stop them, hire them!

With casinos losing vast amounts of money, like any illicit activity, the authorities will do anything to not only stop it, but prevent it from happening again and what better way to do this, than consult the experts - in this case the crooks!

A vast amount of millions at stake, this way of combating card counting has proven to be a savvy investment among many Las Vegas and Atlantic City casinos, with the hefty retainer a small price to pay to prevent this from happening.

While considerable advancements in technology have been made and as such, are beginning to be applied in the world of online casino and iGaming, it begs the question whether card counting is happening online and even if it is possible to do this effectively?

Should this be the case, it is likely to be the live dealer games where it is easier to monitor the situation or detect, due to the limited amount of spaces and games available on a daily basis. 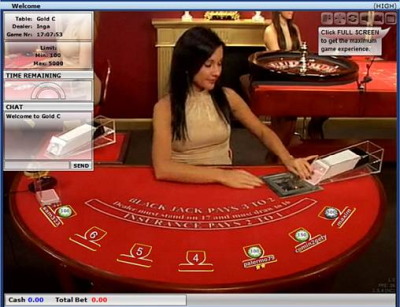 Even if you programmed an algorithm to detect possible card counting on a regular, simulated game (which could be played by thousands) at any one time, surely the chances of detection are minimal?

Though on the other hand, it is against a computer that is virtually impossible to second-guess, if not, indeed impossible. Each computerised game will be programmed with thousands of variations that are completely unpredictable.

While live dealer games does still make it possible to card count, it is also potentially easier to monitor and prevent, should there be a security team which constantly monitors player activity during the games. This means that should any suspicion arise, they can automatically freeze the player’s account while they look into the activity.

It actually makes it a lot more convenient than trying to prevent in an actual casino, where bad publicity might be caused because of an unsolicited scene by the suspected perpetrator or the time it would take for security to reach a player. This way, it is simply via the click of a button.

Ultimately, trying to beat the system will always be a thing, as long as there are huge sums at stake and as a result, with technology continuing to advance and maybe benefit the casino a lot more, there could be a considerable stalemate moving forward. The question for the next wave of card counters is, stick or twist?