Blackjack Tournaments: How Do They Work & What's the Best Strategy? 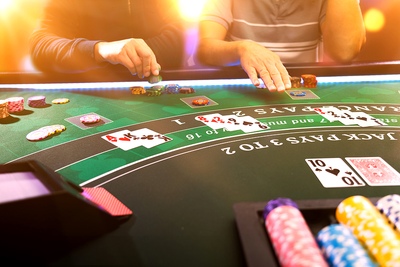 In a regular game of blackjack at your local casino or favourite online casino, it’s you against the dealer. The money goes down, the cards are dealt, and you get paid for that game if your hand comes out on top.

When playing in a blackjack tournament however, the rules are a little different, because you are not technically trying to beat the dealer, but the other players in the tournament.

Of course, this requires you to beat the dealer as well, but in most tournaments the other players will be playing against the same hand as you, so fairly often players will win or lose hands together. Since it is chip count at the end that ultimately decides who walks away with the money, the amount you bet at different points in the game becomes key to your strategy.

Blackjack tournaments are simple to play, but you do need to switch your approach and play slightly differently in order to stand a chance of winning.

If you are already familiar with blackjack tournaments and just want the tips and strategies, then they are below this section. If not, here is a quick explanation of how the land lies.

There are many different types of blackjack tournament if you go into the finer details; some are played over a certain number of hands per round, while others have a time limit; some pay out all of the prize to the top player, while others split it among the top few; some allow eliminated players to buy back in after early rounds, others don’t.

However, broadly speaking the most popular approach is a standard elimination tournament, whereby several tables of players compete to knock each other out and progress to the next round, where the winners of previous rounds do battle again until reaching the final table of 6 or 7 players. If you make it to this table you are ‘in the money’ – because this is where the prizes are won.

Tournaments tend to have a buy in that is paid by all players. This money is pooled together before the casino takes their cut, and the rest is given out as prize money.

This means that the chips being used have no monetary value in tournaments. All players have the same starting amount, and the goal is to finish with more chips than anyone else on your table. You can even finish with fewer chips than you started with and win, so long as you have more left than anybody else.

So, the key differences are that your aim is to have more chips than the other players (rather than to win as many hands as possible), and that the chips you are using do not have monetary value during the tournament, so you can’t lose any more money than you paid as the entry fee.

Tips and Strategies for Blackjack Tournaments 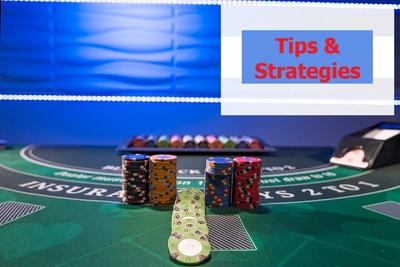 One of the most important things to pay attention to during a tournament is your bet amount, as this ultimately decides how many chips you win or lose in each hand.

However, deciding what number of chips to bet isn’t just based on how lucky you are feeling, but on how many chips you have remaining compared to everyone else at the table.

Therefore being able to eyeball another players stack is a useful skill, and it’s one that can be practised at home too luckily, simply by buying some chips and getting stuck in.

Something else to be aware of is that while playing optimal strategy (or card counting) can still be useful, it shouldn’t be relied upon in the same way as with regular blackjack, because remember, you are not simply trying to win the hand but beat the other players.

Sometimes your only option is to play super dangerously, like hitting on 18, because it’s your only hope of advancing to the next round, and other times it is actually better to follow another player’s bet and match their result in order to keep them at bay. A good example of the difference between regular and tournament blackjack is splitting.

Basic strategy would tell us not to split tens beecause you have 20 and it would be silly to risk one strong hand for two potentially weaker ones. However, when in a tournament, especially later on in the round, your aim is to get more chips, so splitting tens would give you the opportunity to win twice as much as everyone else in that hand.

So knowing when to veer away from your usual strategy can serve you very well.

Here are a few other tips and tricks.

It’s important not to fall too far behind the leader in a blackjack tournament, because as time goes on you will have fewer hands in which to catch up.

Therefore, if you find yourself lagging early on or mid-game, you should make some big bets to try and catch up. It’s a risk but if you fall too far behind you will lose anyway.

If possible though, do this after the button has passed you, because then you will be able to see what others have bet first and base your larger bet size on this. More on the button below.

It’s also important to pay attention to the max bet limit in terms of keeping up with your opponents, because ideally you would never be more than one max bet behind the leading player.

For example, if you are £2,000 behind the leading player with 3 hands to go until the end and the max bet is £500, then you will struggle to catch him without some lucky splits or doubles, because at a payout of 1:1 the maximum you can win on 3 £500 bets is £1500. You would also need him to lose the last 3 rounds.

Don’t put yourself in this position, keep pace or catch up.

This point in the game can change everything, and a player who has been way ahead can be toppled by a clever opponent.

The final hand in tournament blackjack is arguably the most important time, and there are lots of different scenarios you need to have a best plan for.

Your specific situation in relation to the other players will dictate your moves here, but there are only two main possibilities:

Sometimes all players go all in on the last hand. If you are not doing so well then a sneaky move is to go all in but for one single chip. Your hope would be for the dealer to win against everyone else, wiping them out and your single chip sending you through to the next round. 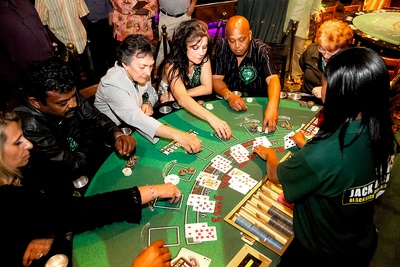 The dealer will place a button in front of the player who is to play first on the opening hand. This button moves one space after each hand, so the first player to play is constantly changing.

This is really important because the first player to play is at a disadvantage to the others, because they have to decide how much to bet without knowing what everyone else will do. The player going last on the other hand can make a much more informed decision because his competitors have already put down their chips.

In a tournament with a set number of hands dealt per round, you can work out where the button will be on the final hand and use this knowledge to dictate your play.

If you are first to play on the final hand you will want to bet bigger early on in the game in order to build your stack, because come the end you will have fewer options.

Of course, someone could go bust midway through the round which would mess up the rotation, so be sure to keep track and mentally update yourself if this happens. 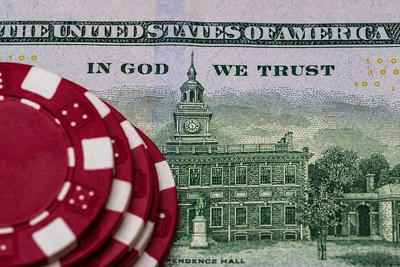 If you make it to the end then you will perhaps want to start a little slower to get the measure of your opponents.

Betting 5%-10% of your stack is a good way to start until you have seen them play a few hands and some sort of lead has been established.

When it comes to the final stages of the round at the final table you might play things slightly differently if the top 3 finishers are paid out too.

In previous rounds you had to finish top to progress, but now a top 3 finish will win you some money, so weigh up the risk/reward ratio before you decide to go for broke on the last hand.

If you are in a position where a minimum bet will see you come third at worst but you are still far behind the lead player, is it worth risking a larger bet for that small chance of overtaking him? It could cost you third place.

Perhaps it would be better to plan your final stake so that your place in third is still guaranteed even if you lose, but you still have a chance to come second? Whether or not that is possible will depend on the specific circumstances but the point is, going for glory or death isn’t always the best play on the final table.